INDIANAPOLIS, Nov. 25 (UPI) -- Garrison Hearst rushed for 106 yards and his first two touchdowns in nearly three years and Jeff Garcia had a pair of scoring passes Sunday to carry as the San Francisco 49ers past the Indianapolis Colts, 40-21.

"This might be our best four quarters of football this year in all three aspects of the game," 49ers coach Steve Mariucci said.

"We have four hours to enjoy this game on the plane trip home."

The Colts (4-6) gained 495 yards, but quarterback Peyton Manning had four interceptions mixed in with his 52 passes for 374 yards. Dominic Rhodes, filling in for the injured Edgerrin James, ran for 104 yards and two touchdowns on 27 carries.

Manning was outplayed by Garcia, who is making a case for Most Valuable Player this season after throwing for a team-record yardage total a year ago.

"Let me start out saying this. Do not blame that game on the defense, OK," Colts coach Jim Mora said. "I don't care who you play, whether it's a high school team, a junior college team, a college team, much less an NFL team. When you turn the ball over five times, four interceptions, you ain't going to beat anybody."

Garcia was an efficient 14 of 22 for 179 yards and touchdown strikes to J.J. Stokes and Terrell Owens, who totaled 103 yards on six receptions.

Despite Manning's mistakes and their inability to stop San Francisco, the Colts held a 21-20 lead just over four minutes into the second half after Rhodes scored on a one-yard plunge.

But the Colts, particularly Manning, then imploded.

"We knew we had to throw some different routes against their defense," Manning said. "We tried to throw some sideline routes to keep them honest, but it didn't work very well."

With Indianapolis approaching midfield late in the third quarter, safety Zack Bronson stepped in front of Manning's pass intended for Trevor Insley and raced 48 yards for a touchdown that put the 49ers (8-2) ahead for good.

"We have not been real good on takeaways all year," Mariucci said. "Taking the ball away and giving our offense a short field is a must. Today we got that accomplished."

On the ensuing possesion, the Colts were again moving toward the 50-yard line and again Manning looked for Insley, only to be picked off by cornerback Rashad Holman just inside Indianapolis territory.

Indianapolis again turned it over while on a promising drive with Rhodes fumbling the ball away at the San Francisco 29. Later in the fourth quarter, an interception by cornerback Ahmed Plummer set up Hearst's 43-yard touchdown run with just under six minutes left.

"We could have won this game, but we gave it away," Rhodes said. "The turnovers hurt us so bad. My fumble was very critical, we were going in to score and I was trying to pick up some yards and the ball popped loose. There is not excuse for that."

Hearst also scored on a 28-yard run with 57 seconds to play in the first half. It was his first touchdown since Dec. 14, 1998 against the Detroit Lions.

After an interception by Plummer at midfield as the Colts were attempting to drive for a last-second score, Garcia hit tight end Eric Johnson for 14 yards to the Indianapolis 28, setting up Jose Cortez's 46-yard field goal as the gun sounded.

"It was definitely a team effort," said Plummer. "A lot of guys stepped up. They have great playmakers and we had to match that. We worked hard, we're still learning and we're still growing."

Marvin Harrison totaled 132 yards on nine receptions for the Colts, including a 15-yard touchdown catch from Manning that gave Indianapolis a 14-10 lead late in the second quarter.

"We put our team in poor position too may times today with the interception," Manning added. "The offense just did a poor job. We were trying to make some plays, but we did a poor job of protecting the ball."

San Francisco has won seven of the last eight meetings between the teams. 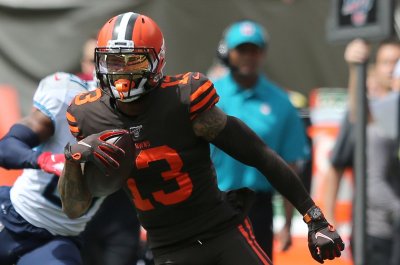