WASHINGTON, Feb. 13 (UPI) -- They say an apple a day keeps the doctor away, but a new genetically modified variation of the fruit -- approved Friday for growth in the United States -- also keeps the spoiling away. At least for a while.

The apple, developed by Canadian company Okanagan Specialty Fruits, is genetically altered to resist bruising and browning once it's sliced. Developers say that will lead to greater use of the fruit and less waste.

The Animal and Plant Health Inspection Service (APHIS) approved the special fruit for commercial planting in the United States on Friday. The agency wanted to determine whether the tree that produces the new apple is a plant pest -- which are organisms that can cause harm to agricultural crops or other plants.

Once it was learned the tree does not pose an agricultural threat, APHIS -- an arm of the U.S. Department of Agriculture -- was required to issue approval.

RELATED Scientists develop strategy to contain GMOs to the lab

APHIS also determined that deregulation of the apple is unlikely to significantly impact the human environment.

Okanagan believes the biotech apple will make the fruit more popular and appealing, but some in the apple industry are worried that it might ruin the fruit's wholesome image and affect exports to nations that don't favor consuming genetically altered foods.

The agency deregulated two variants of the Okanagan apple, which are called Arctic Golden and Arctic Granny.

According to Okanagan's official website, the company is also working on genetically modified variants for peaches, pears and cherries.

The genetically modified, Arctic-labeled apples are designed to produce less of the chemicals that lead to browning. The more resistant apples will eventually still brown eventually, just not as quickly as its unmodified counterpart, the New York Times said in a report Friday.

Although the new apple trees have been cleared for planting, Okanagan is still in consultations with the USDA concerning the overall safety of the apple itself -- a process that virtually all genetically modified foods must go through. 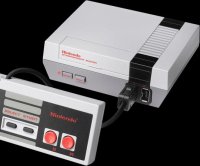