This is an interior view of The Boeing Company's CST-100 spacecraft, which features LED lighting and tablet technology. Credit: NASA/Robert Markowitz

Astronauts Serena Aunon and Randy Bresnik put on orange launch-and-entry suits and then individually tested their maneuverability inside the capsule Monday, simultaneously giving the world its first glimpse of the Boeing crew capsule's interior, NASA reported.

"The astronauts always enjoy getting out and looking at the vehicles and sharing their experiences with these commercial providers," Kathy Lueders, deputy manager of NASA's Commercial Crew Program, said.

Boeing is one of three U.S. companies working with NASA to develop safe, reliable and cost-effective crew transportation systems.

As the astronauts tested their ability to maneuver inside the capsule, Boeing engineers monitored communications, equipment and ergonomics.

"These are our customers," said Chris Ferguson, director of Boeing's Crew and Mission Operations and a former NASA astronaut. "They're the ones who will take our spacecraft into flight, and if we're not building it the way they want it we're doing something wrong."

The CST-100 test vehicle was optimized to seat five crew members, but the spacecraft could accommodate up to seven or a mix of crew and cargo.

"We'll probably make one more go-around and make sure that everything is just the way they like it," Ferguson said of the testing. 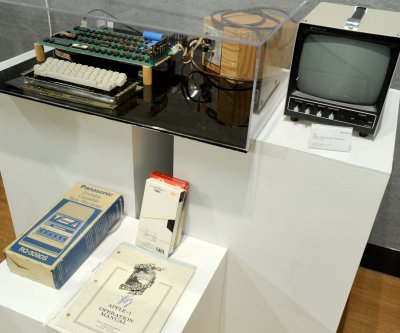