Priebus: 'No one solution' for GOP

WASHINGTON, March 18 (UPI) -- Republicans lost the 2012 U.S. presidential election for many reasons and there are many solutions, the party's national chairman said Monday.

The party's Growth and Opportunity Project's report and its 219 recommendations make clear "there's no one reason we lost," Republican National Committee Chairman Reince Priebus told the National Press Club in Washington. "Our message was weak; our ground game was insufficient; we weren't inclusive; we were behind in both data and digital; our primary and debate process needed improvement."

And as there was no one particular reason party presidential hopeful Mitt Romney lost to President Obama, "there's no one solution," Priebus said. "There's a long list of them."

Advertisement
RELATED Ryan: U.S. must cut back on spending

"We want to build our party," he said, "and we want to do it with bold strokes to show we're up to the challenge and are done with business as usual."

He noted the project's recommendations weren't limited to his five discussion areas "or even to the RNC."

"Our state parties, grassroots, allied organizations, sister committees, elected officials and candidates can all learn something from this," Priebus said. "Each has a role going forward."

Concerning messaging, Priebus said the GOP principles are sound and provide a map for America's renewal, but the way they're communicated "isn't resonating widely enough" and focus groups have identified the party as narrow-minded, out of touch and "stuffy old men."

"The perception that we're the party of the rich continues to grow," he said, later vowing, "The promise of opportunity will be our message, and a spirit of optimism will infuse everything we do."

Concerning demographic partners, Priebus said he "didn't need a report" to tell him the party must make up ground with minority groups, women and young voters. He outlined several actions the RNC would do as outreach to these groups, including launching a new national field program to engage minority groups and communities at the local level.

He said the RNC would overhaul its campaign mechanics structure to integrate its demographic engagement strategy.

"For too long, our demographic inclusion efforts have been separate from on-the-ground political activities," Priebus said. "No more."

He said the party also would network with organizations that are part of the liberty, Evangelical and the Tea Party movements "to strengthen our ties and mobilize volunteers."

Overhauling the party's data infrastructure won't happen quickly, but the party will move toward investing more resources into data collection and management, and integrate data into everything it does, Priebus said.

Finally, concerning primaries, debates and the party convention, Priebus said, while debates were vital, "they must respect the candidates' time and help our eventual nominee."

He said the RNC will create a system "for a more rational number of debate," has tasked the Convention Planning Commission with finding a date for an earlier convention and will take steps to shorten the primary process.

"This is just the beginning of an unprecedented effort," Priebus said. "The learning process doesn't stop today." 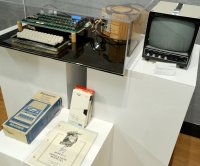