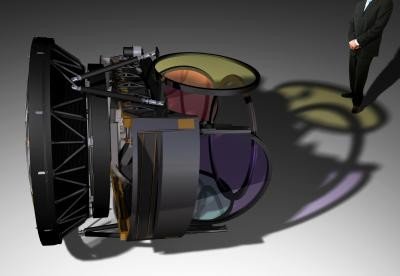 The Large Synoptic Survey Telescope camera -- which will capture the widest, fastest and clearest view of the night sky ever observed -- has received "Critical Decision 1" approval by the U.S. Department of Energy to move into the next stage of the project.

The LSST camera will be roughly 5 feet by 10 feet, provide 3.5-degree field of view with an image surface diameter of just over 2 feet, providing an image resolution of approximately 3.2 billion pixels.

"With 189 sensors and over 3 tons of components that have to be packed into an extremely tight space, you can imagine this is a very complex instrument," said Nadine Kurita, the project manager for the LSST camera at SLAC National Accelerator Laboratory. "But given the enormous challenges required to provide such a comprehensive view of the universe, it's been an incredible opportunity to design something so unique."

If all continues as planned, construction of the telescope will begin in 2014. Preliminary work has started on LSST's 28-foot primary mirror and its final site atop Cerro Pachon in northern Chile.