Jupiter to make closest approach to Earth in 59 years 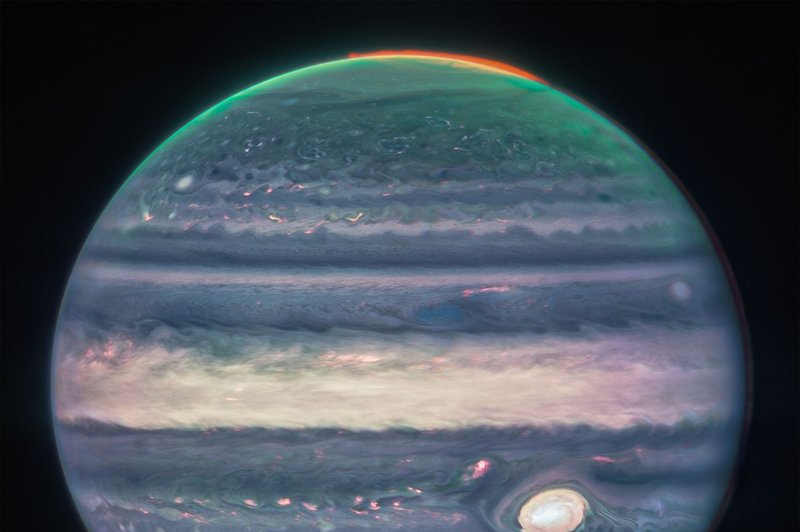 The best nights of all of 2022 to see Jupiter in the night sky are about to take place as the planet takes center stage in the night sky, a showing unlike any other in nearly six decades.

The sun, Earth and Jupiter will nearly align perfectly in the solar system on Monday during an event that happens once every 13 months called the Jupiter opposition. This is also around the same time that the gas giant is closest to the Earth.

Just one day before opposition, Jupiter will be around 367 million miles away from the Earth, the closest the two planets have been in 59 years, according to NASA. The last time that Jupiter was this close was in 1963 when John F. Kennedy was president of the United States.

Although the nights of Sunday and Monday will be the best nights of 2022 to view Jupiter, stargazers will have plenty of time to see the planet shine in all its glory.

As the distance between Earth and Jupiter gradually increases heading into October, Jupiter will ever-so-gradually start to become noticeably dimmer. The difference in the planet's apparent brightness between Monday and Oct. 26 will be imperceptible to the naked eye, meaning that almost any night with cloud-free conditions over the next few weeks will provide a good chance to observe the planet.

In the weeks surrounding opposition, Jupiter will be brighter than any other natural object in the sky, with the exception of the moon and the sun.

People of all ages, even those who are near a light-polluted city, will easily be able to pick out Jupiter among the sea of countless stars in the night sky due to its brightness. The human-created light in places such as Los Angeles, Chicago and Philadelphia often washes out many of the stars in the sky that would otherwise be visible, but Jupiter will still be able to shine through the luminous haze created by the city lights.

Jupiter's close encounter with the Earth is an excellent opportunity for stargazers who are learning the ins and outs of a new telescope.

Those who choose to zoom in on Jupiter with virtually any telescope will be able to witness its four largest moons: Europa, Ganymede, Io and Callisto. The moons of Jupiter orbit the planet so fast that people who look at the planet through a telescope for several nights in a row will see the moons in different positions.

More powerful telescopes may also reveal the colorful bands of clouds in Jupiter's atmosphere as well as its famous Great Red Spot, which is a storm that has been churning for hundreds of years.

The most powerful telescope ever created recently captured incredible images of Jupiter, giving scientists a unique look at the largest planet in the solar system.

In late August, NASA unveiled the image captured by the James Webb Space Telescope that showed the planet, its Great Red Spot, an aurora glowing around its poles and even its faint ring, albeit not as large or bright as the rings of Saturn.

"This one image sums up the science of our Jupiter system program, which studies the dynamics and chemistry of Jupiter itself, its rings and its satellite system," said Thierry Fouchet, a professor at the Paris Observatory, who also helped lead the observations.

The James Webb Space Telescope has since captured images of other planets, including Mars and Neptune.

Science News // 7 hours ago
Report: Switching to zero-emission trucks could save 66,000 lives
Replacing diesel-powered trucks and the toxic pollutants they spew with electric vehicles would save tens of thousands of U.S. lives, a new American Lung Association report says.

Science News // 8 hours ago
Petting a dog can be good for your brain
Researchers set out to see what happens in the brain when stroking or sitting next to a dog. They also compared that to petting a stuffed animal.

Science News // 1 day ago
'Eclipse season' to kick off after autumn's 1st meteor shower
October will signal new beginnings in the night sky, ranging from the first of several autumn meteor showers to the start of eclipse season, an astronomical cycle that will carry over into November.

Petting a dog can be good for your brain

Report: Switching to zero-emission trucks could save 66,000 lives