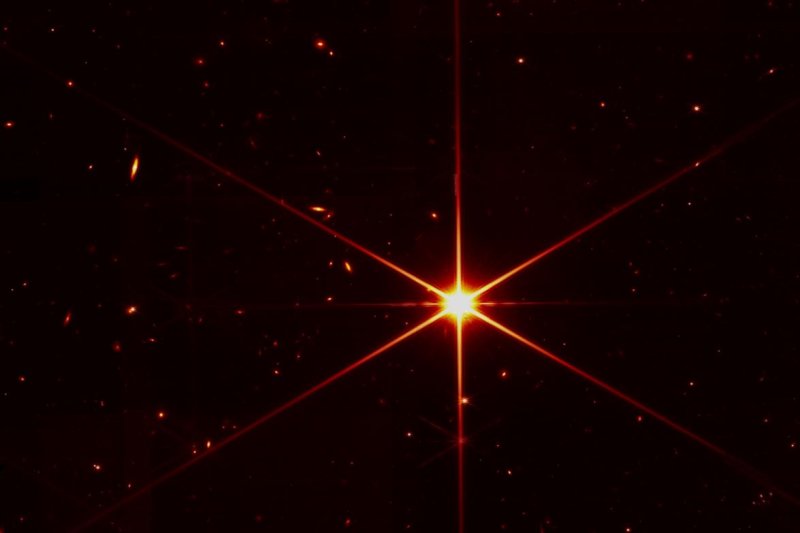 The most powerful telescope ever launched into space was recently damaged by a small space rock hurtling through the solar system.

NASA made the announcement Wednesday, stating that the collision with the James Webb Space Telescope occurred between May 23 and May 25, adding that micrometeoroid strikes such as this are "unavoidable."

The dust-sized micrometeoroid hit one of the most crucial pieces of the telescope, one of the 18 gold-plated mirrors that gather light from the depths of the universe and reflect that light toward an instrument that collects the light.

RELATED Astronomers spot farthest galaxy ever, 13.5B light-years from Earth

The James Webb Space Telescope, which cost roughly $10 billion, was launched Dec. 25 and is not yet fully operational.

Despite the dinged mirror, scientists say that the telescope can still operate at full capacity.

"We designed and built Webb with performance margin -- optical, thermal, electrical, mechanical -- to ensure it can perform its ambitious science mission even after many years in space," Geithner said.

An initial assessment found that the performance of the instruments still exceeds all mission requirements even with the cosmetic damage.

Flight teams on Earth have the ability to maneuver Webb to protect crucial instruments from well-known streams of debris, such as a meteor shower, but that was not the case with the late-May collision.

"This most recent hit was not a result of a meteor shower and is currently considered an unavoidable chance event," NASA said in a press release.

RELATED NASA confirms more than 5,000 planets outside the solar system

Scientists say that the recent impact will not change the team's operation schedule with the first full-color images from Webb scheduled to be released on July 12. This highly anticipated image is expected to be better than a test photo that the telescope captured in March of a star 2,000 light-years away from Earth while scientists were calibrating its mirrors.

Webb was built as a successor to the decades-old Hubble Space Telescope, which was sent into space on April 24, 1990.

The primary mirror of the newer telescope is 21 feet across, significantly larger than Hubble's primary mirror, which is 7.9 feet across. This allows Webb to collect more light and get a better view of distant objects that Hubble may not even be able to detect.

However, unlike the Hubble, which orbits the Earth, Webb is floating at a special spot in space known as a Lagrange point nearly 1 million miles away from the planet. Being at this distance makes it virtually impossible for a crew to be sent into space to fix the telescope if technical issues or damage occur.

Science News // 16 minutes ago
New report finds 2022 'disastrous year' for melting Swiss glaciers
Sept. 28 (UPI) -- Glaciers in Switzerland melted at record rates in 2022, according to a report released Wednesday by the Swiss Glacier Monitoring Network, which labeled it a "disastrous year."

Science News // 2 hours ago
Astronomers find new evidence of massive ancient stars
Sept. 28 (UPI) -- Astronomers have discovered what could be chemical evidence of the earliest stars in the universe with help from the Gemini North Telescope in Hawaii.

Science News // 2 hours ago
Scientists say fossils showing ancient fins forerunners of arms, legs
Sept. 28 (UPI) -- Ancient fossils of a jawless freshwater fish appear to make a connection of the first sign of paired fins and the forerunner of arms and legs, researchers from China and Britain said in a new paper released Wednesday.

Science News // 1 day ago
NASA again postpones launch of Artemis I moon mission as Hurricane Ian threatens
Sept. 27 (UPI) -- With a powerful Category 3 hurricane barreling toward Florida, NASA has postponed this week's highly anticipated launch of the Artemis I spacecraft and will not attempt another launch until at least mid-October.

Science News // 4 days ago
Vaccine-resistant coronavirus similar to COVID-19 found in Russian bats
Sept. 23 (UPI) -- A coronavirus recently discovered in Russian bats can infect humans and may be resistant to vaccines, leading researchers to call for creating jabs to prevent against all similar viruses.

Science News // 5 days ago
Jupiter to make closest approach to Earth in 59 years
The best nights of all of 2022 to see Jupiter in the night sky are about to take place as the planet takes center stage in the night sky, a showing unlike any other in nearly six decades.
Advertisement