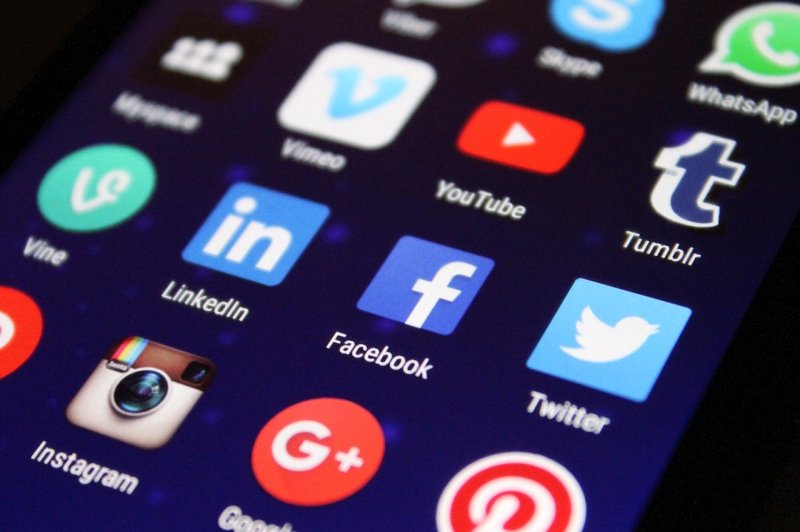 New research links social media to greater risk for depression, depending on a person's age and what social network they are using. Photo by Pixelkult/Pixabay

The latest in a spate of studies investigating links between use of social media and depression suggests the two go hand in hand.

"The relationship between social media and mental health has been the subject of a lot of debate," said Dr. Roy Perlis, lead author of the new study.

He's director of the Center for Experimental Drugs and Diagnostics at Massachusetts General Hospital in Boston.

On one hand, social media is a way for people to stay connected to a larger community and get information about things that interest them, Perlis noted.

But on the other hand, even before widespread misinformation on these platforms was recognized, there was a sense that young people might be negatively affected.

The new study follows a yearlong look at social media use and onset of depression among nearly 5,400 adults. None reported even mild depression at the start.

But in multiple surveys over 12 months, depression status had worsened in some respondents, the study found. The risk rose with use of three hugely popular social media sites: Snapchat, Facebook and TikTok.

As to whether social media actually causes depression, Perlis said it's unclear which is the chicken and which is the egg.

"One possible explanation for our results," he noted, "is that people who are at risk for depression, even if they're not currently depressed, are more likely to use social media. Another is that social media actually contributes to that increased risk."

But this study wasn't designed to distinguish between the two, he said.

To explore adult vulnerability, Perlis' team focused on social media users 18 and up, with an average age of nearly 56. About two-thirds were women, and more than three-quarters were White people.

Participants were also asked about news consumption habits and access to social support when they felt sad or depressed.

None showed any signs of depression at the first survey. But after completing at least one similar follow-up, nearly 9% showed a "significant" increase in scores for depression risk.

Increased risk was seen in users of TikTok or Snapchat who were 35 years old and up, but not among younger users.

The reverse dynamic played out with Facebook users: Depression risk went up among those under 35, but not among older users.

Given that specific cause and effect aren't clear, Perlis said the takeaway for now is that researchers need to understand the relationship between social media and mental health better.

"Even if social media use is only telling us about underlying risk rather than causing it, can we understand why? Might we be able to intervene to prevent depression and anxiety?" Perlis asked.

He hopes his work will lead to some answers.

"We hope that our work will inform both mental health researchers and policymakers in thinking about how to study and potentially act on this relationship," Perlis said.

One such researcher commended the new research for doing just that.

"The findings of the current study are consistent with other studies investigating the relationship between depressive symptoms and social media use," said Amanda Giordano, an associate professor of counseling and human development services at the University of Georgia.

Giordano also echoed the need for caution in examining what's causing what, and offered a number of theories.

"One hypothesis for the association between social media use and depressive symptoms is the act of comparing ones' imperfect life to the enhanced, edited and seemingly perfect images of others' lives," she said.

"This alone may not be the cause of depressive symptoms, but in individuals with other risk factors and predispositions, social media use could contribute to the development of symptoms," Giordano said.

Another theory is that online social connections don't adequately replace the depth and quality of offline friendships, Giordano said.

As a result, even individuals with thousands of social media connections can still feel lonely, unknown and unsupported, she explained.

"Simply put, virtual connections may fail to meet our basic needs of belonging and attachment, which may contribute to depressive feelings in some individuals," Giordano said.

The findings were published Tuesday in JAMA Network Open.

Science News // 9 hours ago
NASA names first person of Hispanic heritage as chief astronaut
Feb. 2 (UPI) -- Veteran astronaut Joe Acaba made history on Thursday when he was named chief of the Astronaut Office at NASA's Johnson Space Center in Houston.

Science News // 13 hours ago
Astronauts use spacewalk to continue upgrade of ISS solar arrays
Feb. 2 (UPI) -- Astronauts from NASA and Japan Aerospace Exploration Agency stepped out from the International Station to begin a spacewalk early Thursday to complete work started by another work team almost two weeks ago.

Science News // 2 days ago
Study suggests dolphins in Brazil are training humans to fish
Jan. 31 (UPI) -- Bottlenose dolphins that have herded mullet for fishermen in southeastern Brazil for more than a century are now helping scientists unlock the deeper mystery behind the collaboration between animals and humans.

Science News // 2 days ago
Comet, full moons, Mars: February brings must-see astronomy
February's fickle weather can pose a challenge to stargazers. But when the night sky is devoid of clouds, it will offer the opportunity to witness several eye-grabbing astronomical events.

Science News // 3 days ago
Parasites, pesticides, climate change linked to loss of honey bee colonies
Jan. 30 (UPI) -- About 43% of honey bee colonies were lost in the span of one year, according to a new study that considered multiple factors that put a crucial part of the ecosystem at risk.

Science News // 1 week ago
New asteroid expected to make very close pass to Earth this evening
Jan. 26 (UPI) -- Earth is set for a very close shave with a small asteroid Thursday just five days after it was discovered by an amateur astronomer in Crimea, according to NASA's Jet Propulsion Laboratory.

Astronauts use spacewalk to continue upgrade of ISS solar arrays