SpaceX has provided such transport services with the Crew Dragon capsule since May 2020, while Boeing also holds a contract. But Boeing is four years behind schedule in delivering on its contract, as the company struggles to fix problems with its Starliner capsule.

"Depending on mission requirements, NASA may purchase single seats, multiple seats within one mission, or an entire mission," NASA said in a statement about the new request.

Teams are working toward launch opportunities in the first half of 2022 for Orbital Flight Test-2: https://t.co/BAloql2cG6 pic.twitter.com/Kj5AFSRbjs— NASA Commercial Crew (@Commercial_Crew) October 8, 2021

Nothing in the new request would prevent Boeing or SpaceX from continuing as contractors with NASA for its Commercial Crew Program, but NASA might include new providers.

When SpaceX delivered on its contract in 2020, the company helped NASA end a nine-year drought of astronaut launches from American soil. Before then, NASA spent years purchasing seats on Russian Soyuz capsules to reach the space station following the space shuttle's retirement in 2011.

Boeing's woes in the NASA program became when Starliner failed to reach the space station in a 2019 test flight.

The company blamed software errors for that failure. It was scheduled to launch its capsule again in August, but sticky valves inside the spacecraft delayed a new test flight. Boeing believes humidity contributed to the stuck valves, but the company said Tuesday it still was investigating the problem. 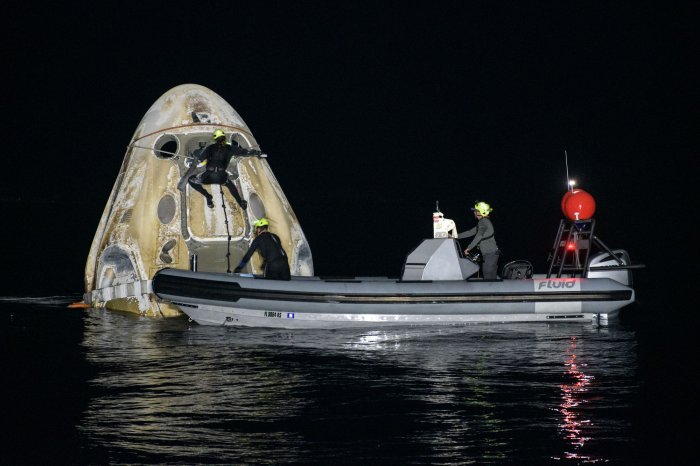 Science News // 4 days ago
NASA, DARPA partner for nuclear space rocket test
Jan. 24 (UPI) -- NASA is partnering with the Defense Advanced Research Projects Agency to demonstrate the use of a nuclear thermal rocket engine in space, the two agencies announced in a statement Tuesday.

Science News // 5 days ago
NASA delays Rocket Lab launch in Virginia until Tuesday
Jan. 23 (UPI) -- NASA on Monday scrubbed the Rocket Lab's launch of its Electron rocket from Virginia because of poor weather conditions, moving the possible liftoff to Tuesday.