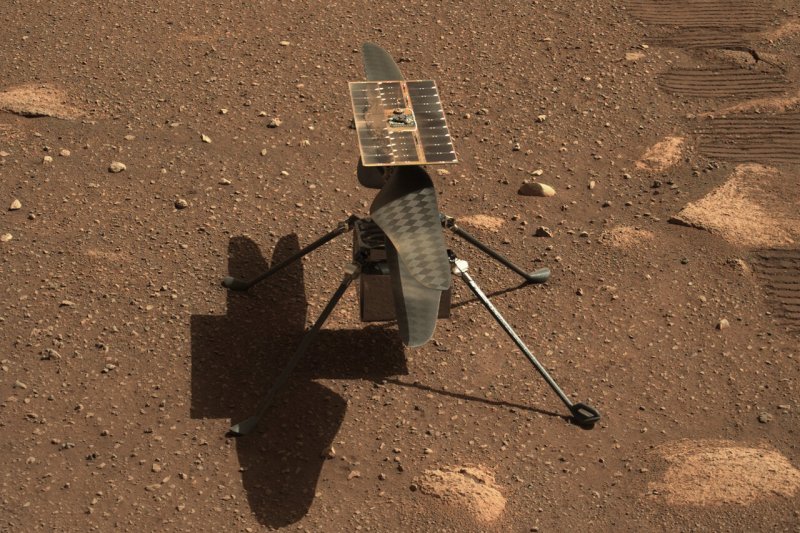 NASA’s Mars helicopter Ingenuity is seen on the planet's surface on April 5, the 45th Martian day of the Perseverance rover mission. Photo courtesy of NASA

Oct. 1 (UPI) -- The Mars helicopter Ingenuity is on its own without NASA's guidance for two weeks as the sun interferes with communications to the Red Planet.

Sometime around Oct. 14, NASA plans to check in with the helicopter and the Mars rover Perseverance. Previous rovers have endured so-called solar conjunction communication dropouts, but never has a tiny aircraft sat alone on the planet for so long with no Earthly contact.

"It contains all kinds of components and construction methodologies that have no parallel on Mars. We just don't know what will happen during the conjunction, although we're hopeful," Karras said.

Potential hazards during conjunction include dust storms that could cover Ingenuity's solar panels, which are crucial for battery recharge, Karras said. Or, coarse Martian dust could penetrate sensitive technology.

There's also a risk that extreme temperature fluctuations -- as low as -130 F -- could stress components beyond their breaking points, Karras said.

NASA designed the 4-pound aircraft to fly five times, and it already flew 13 missions. After its initial success, NASA transitioned to using the helicopter as a scout for the Perseverance rover, rather than a simple technology demonstration.

NASA had drafted a plan for Ingenuity's Flight 14, a brief test flight to see how the helicopter would perform in the new Martian summer at the aircraft's location in Jezero Crater.

The test was needed because the relatively warmer temperatures of summer meant the already-thin Martian air is slightly less dense.

NASA had spun the twin rotors on Ingenuity to see if they could rotate faster to accommodate the thinner air. They worked well, according to the space agency.

On Sept. 18, Ingenuity was to conduct a short hop flight to further test its function in the summer environment. But the helicopter aborted the flight automatically.

Data indicated the abort was due to a problem with mechanisms that help control direction and position of the rotors -- also known as a swashplate and servos, according to Karras.

Two subsequent spin tests of the rotors did not repeat the problem, but NASA decided to wait until after the solar conjunction to attempt Flight 14, according to the agency.

NASA officials are concerned that the components of Ingenuity's steering controls could be wearing out, Karras said. But the problem also may have been a temporary issue related to the position of the rotors, he said.

"Without being able to inspect the vehicle, and with limited data, it's really difficult to put a probability on those two theories," Karras said.

So Ingenuity will sit motionless on Mars for two weeks. It will send data to the nearby Perseverance rover twice during that time, and NASA will check that data for its condition after Earth and Mars orbits clear the sun's interference.

"We're planning to come out of conjunction with some additional helicopter health checkouts, but we hope Flight 14 will happen quickly afterward," Karras said.

Science News // 3 hours ago
Watch live: Astronauts make delayed spacewalk at space station
Dec. 2 (UPI) -- Two astronauts stepped outside of the International Space Station early Thursday to conduct a spacewalk that was supposed to happen two days ago, but was delayed by concerns over space debris.

Science News // 23 hours ago
Even T. Rex had to deal with bone disease, fossil study shows
They once ruled the planet, but even the mighty Tyrannosaurus rex could suffer from bone disease, new research shows. 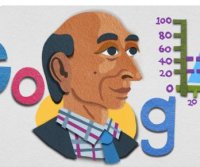