While the amount of carbon released into the atmosphere from wildfires, such as the CalWood wildfire in Colorado, can't be controlled by humans, a range of other sources can be controlled -- which could prevent millions of deaths in the coming decades, researchers say. File Photo by Bob Strong/U20 | License Photo

July 29 (UPI) -- If there is one thing all climate models agree on, it's that the more carbon that's released into Earth's atmosphere, the worse the outcome for the planet's warming climate.

Numerous studies have explored the relationship between carbon emissions and sea level rise -- or other variables like temperature, extreme weather, flood damage and viral transmission.

Now, a new study, published Thursday in the journal Nature Communications, has established a "mortality cost of carbon" -- the number of lives lost or saved by increases or decreases in carbon emissions.

Previously, climate scientists have worked hard to develop more accurate estimates of the "social cost of carbon," a tally of the economic damages caused by climate change.

But according to the author of the latest study, these estimates have largely ignored the impacts of climate change on human health and mortality.

"Based on the decisions made by individuals, businesses or governments, this tells you how many lives will be lost, or saved," lead study author R. Daniel Bressler said in a press release.

"It quantifies the mortality impact of those decisions. It brings this question down to a more personal, understandable level," said Bressler, a doctoral candidate at Columbia University's Earth Institute and the university's School of Public and International Affairs.

For the study, Bressler focused only on temperature-related mortality like heat stroke.

Though climate change is predicted to increase the risk of floods and other types of extreme weather, all of which will undoubtedly kill humans, such risks are difficult to quantify and forecast.

Using a handful of large public-health studies on the link between temperature and mortality to guide his analysis, Bressler arrived at a number for his mortality cost of carbon metric.

The calculations showed that for every additional 4,434 metric tons of carbon dioxide added beyond the 2020 baseline, one person will die prematurely between 2020 and 2100 -- the "equivalent to the lifetime emissions of 3.5 average Americans," according to the new study.

Bressler's analysis assumes that carbon emissions will continue at their current pace, raising global temperatures above 2 degrees Celsius by 2050 and 4.1 degrees by 2100. Such a scenario would result in 83 million excess deaths by 2100, according to Bressler's new metric.

If world governments take a more aggressive approach to climate change mitigation and emissions reductions, limiting warming to 2.4 degrees by 2100, Bressler's analysis suggests excess deaths can be limited to 9 million by the end of the century.

Though Bressler quantified his new metric in terms of the lifetime emissions of the average American, he said climate change requires systematic change, not individual reforms.

"My view is that people shouldn't take their per-person mortality emissions too personally," he said. "Our emissions are very much a function of the technology and culture of the place that we live."

Though local reforms can make a difference, Bressler said the climate crisis requires "large-scale policies such as carbon pricing, cap and trade, and investments in low-carbon technologies and energy storage." 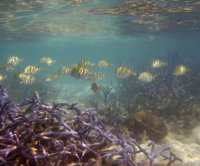 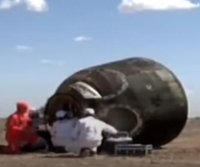