Brazilian President Jair Bolsonaro (L) with Brazil's Minister of Science, Technology and Innovation Marcos Pontes hold up the Artemis Accords after signing the document on Tuesday during a ceremony at the Palacio do Planalto in Brasilia on Tuesday. Photo courtesy of NASA's Artemis Program/Twitter

June 16 (UPI) -- Brazil has become the 12th nation and the first from South America to sign onto NASA's agreement to create a safe, transparent and sustainable environment for the exploration of space.

Marcos Pontes, Brazil's minister of Science, Technology and Innovation, signed the Artemis Accords Tuesday in the capital of Brasilia during a ceremony attended by President Jair Bolsonaro, NASA said in a statement.

"The signing of Artemis Accords is a historic moment for Brazil. Together with the U.S. and other countries we will have the opportunity to explore the Moon and initiate infinite other possibilities for international cooperation," Pontes said.

NASA Administrator Bill Nelson, who was unavailable to attend the signing ceremony in Brazil on Tuesday, called the South American nation's signing of the document the realization of "an important commitment" that shows the global impact of the Artemis Accords.

"Your decision to join the community of nations committed to explore space peacefully, safely and transparently demonstrates Brazil's leadership on the international stage," he said in a recorded message. "The Artemis Accords belong to our partners as much as they belong to us, and we thank Brazil for commitmenting to establishing peaceful norms of behavior in space."

Brazil joins 11 other nations as a signatory of the #Artemis Accords today!

As the 1st country in South America to make this commitment to a sustainable space environment, Brazil shows the global impact of the Accords around the world. Thanks for your support, @Astro_Pontes! pic.twitter.com/4ilpCaU46c— Bill Nelson (@SenBillNelson) June 15, 2021

The signing ceremony was held after Pontes signed a statement of intent over Brazil's possible involvement in the accords last December.

The non-binding Artemis Accords was established by the State Department last year setting out principles for space exploration to be followed by partner nations as NASA, under the Artemis Program, seeks to send the first woman and first person of color to the Moon by 2024 and then later send a human mission to Mars.

Nelson said NASA intends to establish the first long-term exploration of the Moon and surrounding area to use what they learn for its Mars mission under the program.

"While we prepare for these bold and ambitious missions, it is important that the United States and our partners commit to conducting ourselves responsibly and transparently for the benefit of all -- and that is to ensure the safe and sustainable environment for outer space activities," he said.

Brazil becomes the third country to join the accords in the past few weeks, after New Zealand became a signatory June 1 and South Korea May 24.

The other signatories are Australia, Britain, Canada, Italy, Japan, Luxembourg, Ukraine, the United Arab Emirates and the United States.

NASA said it anticipates additional countries to join the accords in the months and years to come. 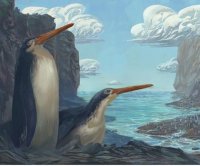