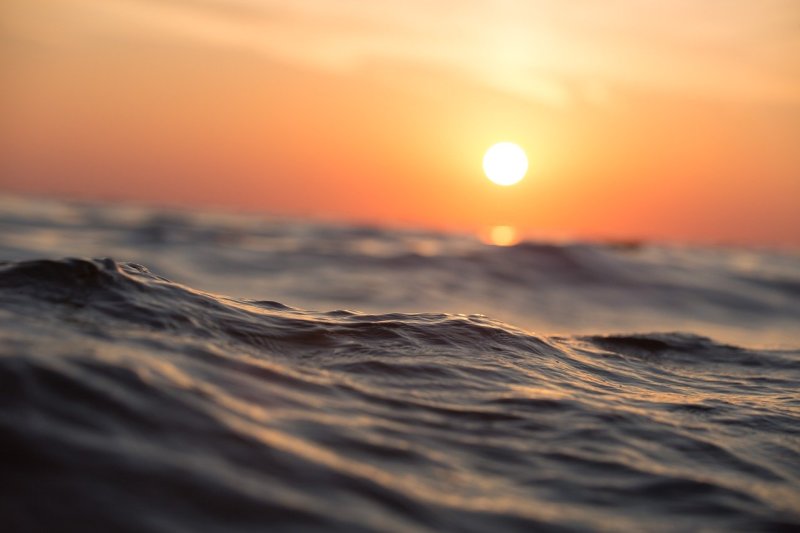 Microbes in the ocean play a much larger role in eliminating methane than previously thought, which researchers an understanding of which could help in dealing with various sources of excess methane. Photo by Pexels

June 14 (UPI) -- Methane-eating microbes in the planet's oceans play an unappreciated role moderating Earth's temperature, according to a new study published Monday in the journal Proceedings of National Academy of Sciences.

Carbon dioxide is the most abundant and famous greenhouse gas, but methane is plentiful and its warming effect is more than 30 times more powerful.

Most methane that ends up in the atmosphere is released by human activities, but several natural processes also produce methane: volcanic activity, subsurface water-rock interactions and microbial metabolism.

The majority of naturally produced methane on Earth is produced by microbes, and much of that is in the ocean. Over the last decade or so, a number of studies have shown the planet's oceans to be home to a lot more methane than scientists previously thought.

Interestingly, studies suggest very little of that methane is making it into the atmosphere.

According to the latest study, an abundance of methane-hungry microbial communities on the bottom of the ocean are responsible for keeping much of that methane locked up in marine ecosystems.

Without these microbes, scientists surmise Earth's atmosphere would host more methane -- making it even warmer than it already is.

RELATED Arctic Ocean acidification will be worse than scientists thought

"The microbes in these carbonate rocks are acting like a methane bio filter consuming it all before it leaves the ocean," senior study author Peter Girguis, professor of organismic and evolutionary biology at Harvard University, said in a press release.

Though carbonate rocks are common on the ocean floor, they only sometimes form the kind of porous, chimney-like structures found rising from the seabed at a deep sea site just off the coast of Point Dume, California.

"We often see that some sediment microbes from methane-rich mud volcanoes, for example, may be five to ten times faster at eating methane, but 50 times faster is a whole new thing. Moreover, these rates are among the highest, if not the highest, we've measured anywhere," Girguis said.

"These rates of methane oxidation, or consumption, are really extraordinary, and we set out to understand why," co-author Jeffrey J. Marlow, former postdoctoral researcher at Harvard, also said in the release.

By efficiently capturing methane as it seeps out of seafloor vents and converting it into bicarbonate, microbes help construct these unusual carbonate rock chimneys.

Scientists suspect the carbonate chimneys they call home -- and their mineral surroundings -- are key to their unprecedented metabolic capabilities. Researchers found some of the microbial communities colonizing carbonate rocks are surrounded by pyrite, which is electrically conductive.

Efficient electron exchange, the researchers hypothesized, may explain why these microbes can eat so much methane so quickly.

"These very high rates are facilitated by these carbonates which provide a framework for the microbes to grow," Girguis said.

"The system resembles a marketplace where carbonates allow a bunch of microbes to aggregate in one place and grow and exchange -- in this case, exchange electrons -- which allows for more methane consumption," Girguis said.

Girguis, Marlow and their research partners recently recreated a diversity of seafloor environs in the lab and are now studying how microbes metabolize methane under varying conditions.

Researchers hope their ongoing experiments will reveal how different characteristics of the carbonate environment influence metabolic rates among the methane-eating microbes.

"First, we need to understand how these microbes sustain their metabolic rate, whether they're in a chimney or in the sediment. And we need to know this in our changing world in order to build our predictive power," Marlow said.

"Once we clarify how these many interconnected factors come together to turn methane to rock, we can then ask how we might apply these anaerobic methane-eating microbes to other situations, like landfills with methane leaks," he said.

Science News // 8 hours ago
New report finds 2022 'disastrous year' for melting Swiss glaciers
Sept. 28 (UPI) -- Glaciers in Switzerland melted at record rates in 2022, according to a report released Wednesday by the Swiss Glacier Monitoring Network, which labeled it a "disastrous year."

Science News // 10 hours ago
Astronomers find new evidence of massive ancient stars
Sept. 28 (UPI) -- Astronomers have discovered what could be chemical evidence of the earliest stars in the universe with help from the Gemini North Telescope in Hawaii.

Science News // 10 hours ago
Scientists say fossils showing ancient fins forerunners of arms, legs
Sept. 28 (UPI) -- Ancient fossils of a jawless freshwater fish appear to make a connection of the first sign of paired fins and the forerunner of arms and legs, researchers from China and Britain said in a new paper released Wednesday.

Science News // 1 day ago
NASA again postpones launch of Artemis I moon mission as Hurricane Ian threatens
Sept. 27 (UPI) -- With a powerful Category 3 hurricane barreling toward Florida, NASA has postponed this week's highly anticipated launch of the Artemis I spacecraft and will not attempt another launch until at least mid-October.

Science News // 5 days ago
Vaccine-resistant coronavirus similar to COVID-19 found in Russian bats
Sept. 23 (UPI) -- A coronavirus recently discovered in Russian bats can infect humans and may be resistant to vaccines, leading researchers to call for creating jabs to prevent against all similar viruses.

Science News // 5 days ago
Jupiter to make closest approach to Earth in 59 years
The best nights of all of 2022 to see Jupiter in the night sky are about to take place as the planet takes center stage in the night sky, a showing unlike any other in nearly six decades.
Advertisement