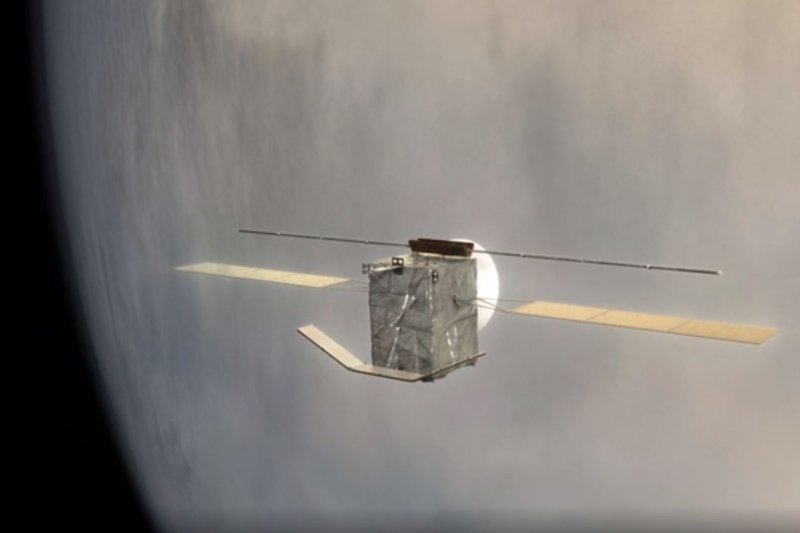 June 10 (UPI) -- The European Space Agency has approved a new mission to study Venus -- the third new mission to Venus to be announced in the past two weeks.

The ESA announced Thursday it will launch the EnVision orbiter in 2031 or 2032, with a budget of roughly $610 million.

It will follow two NASA missions to Venus that are scheduled to launch in a three-year span starting in 2028. NASA announced those missions, known as DAVINCI+ and Veritas, on June 2.

EnVision will scan specific regions of the Venusian surface that may be selected using data from Veritas, said Günther Hasinger, ESA director of science, in an interview Thursday.

RELATED NASA will launch first U.S. missions to Venus since 1989

"Venus has been kind of ignored for a long time. So I believe we will get similar details of Venus as we have today for Mars, once these missions are concluded," Hasinger said.

Such knowledge could help scientists combat the worst impact of climate change on Earth, since the Venusian atmosphere may have undergone similar changes, he said.

#BreakingNews: #EnVision will be ESA's next #Venus orbiter, providing a comprehensive view of the planet, from its inner core to upper atmosphere, to determine how and why Venus and Earth evolved so differently https://t.co/MDfbWDkUi3

All three Venus missions will attempt to answer the same difficult question that has vexed scientists for decades: Why did Venus, which is similar in size and location in the solar system to Earth, evolve into a hellish environment with temperatures that can melt lead at the surface?

Veritas will map the entire surface of the planet, while EnVision targets mountainous regions known as tesserae. DAVINCI+ will plummet through the atmosphere to the surface in an hour-long journey as it samples the air using various sensors.

EnVision's key instruments will be radar that can penetrate the thick sulfuric-acid clouds in the Venus atmosphere. NASA will supply key components for EnVision.

That radar will provide detailed maps of the surface -- 10 to 50 times more accurate than NASA's previous Magellan orbiter launched in 1989, said Adriana Ocampo, NASA's program scientist for the EnVision mission, in an interview.

"It's actually the same team that's working on EnVision and Veritas, so this would be complementary science. This will serve to maximize science to address these crucial questions about Venus and why it evolved so differently than Earth," Ocampo said.

Scientists want to know if Venus ever had oceans or habitable conditions and whether the blistering hot world has active volcanoes and some kind of plate tectonics, said Scott Hensley, a senior research scientist with NASA's California-based Jet Propulsion Laboratory, in an interview.

"We're going to be a lot closer to understanding how Earth, Venus and Mars all ended up so differently. The data that we're going to get from these missions is going to go a long way to definitively answer a number of these key questions," Hensley said.

Science News // 12 hours ago
NASA awards contract for 3D-printed construction on moon, Mars
Nov. 29 (UPI) -- Texas-based startup ICON has landed a five-year, $57 million contract from NASA to 3D-print landing pads, roads and shelter on the moon and on Mars.

Science News // 1 week ago
Study says the heaviest flying bird seems to self-medicate with plants
Nov. 23 (UPI) -- The great bustard actively seeks out medicinal plants that can kill pathogens, according to a study published Wednesday in Frontiers in Ecology and Evolution. The study suggests the large birds may be self-medicating.