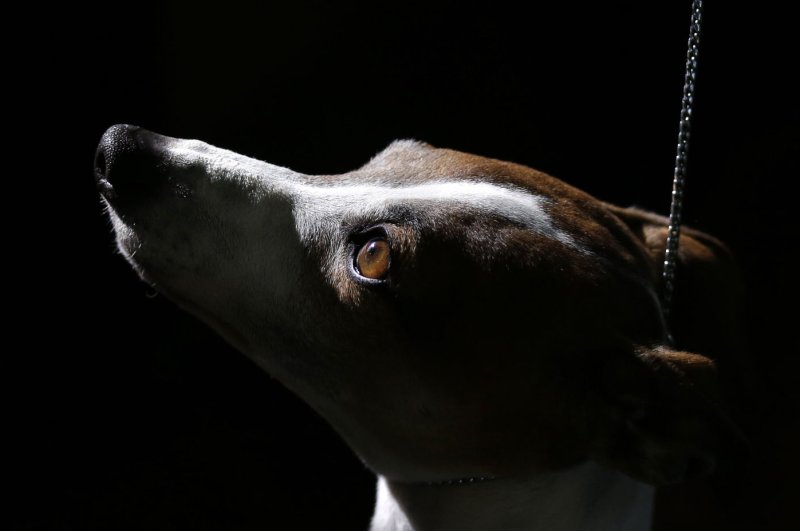 April 29 (UPI) -- Boxers, bulldogs, pugs and snub-nosed dogs are the best communicators, according to a recent academic study focusing on communication between humans and dogs.

A Hungarian study suggests dog breeds with smaller faces, forward-set eyes and shorter noses are better at visual communication than others.

The study, published Thursday in Nature, assessed the ability of dogs to recognize human speech and facial expressions.

"Forming eye contact is important in dog-human communication," researchers wrote in the study.

Researchers at Eötvös Loránd University's department of ethology focused on 150 dogs, measuring the length and width of their heads, because their makeup can drastically affect their vision patterns.

Breeds with longer noses and eyes oriented to the sides, such as greyhounds, were less likely to pick up on human cues, according to the researchers.

Those with smaller faces and noses, however, were more likely to see humans more clearly.

"It is likely, that they see the human face more sharply because of their special retina, but it is also possible that their owners gaze at them more often as their facial features resemble a small child, a powerful cue for humans," study first author Zsófia Bognár said in a press release.

"Because of this, dogs with shorter noses may be more experienced in making eye contact," said Bognár, a doctoral student at Eötvös Loránd.

Science News // 1 day ago
Miner unearths nearly complete mummified baby woolly mammoth in Canada
A young miner called for backup when his front-end loader unexpectedly struck something in the Canadian permafrost last week on the first day of summer in the Northern Hemisphere.

Science News // 5 days ago
Bipartisan group defends sequoia tree bill in California despite opposition
June 23 (UPI) -- A bipartisan trio of lawmakers defended the "Save Our Sequoias Act" on Thursday despite more than 80 environmental groups signing a letter to Congress opposing the act earlier this month.

Science News // 6 days ago
Megalodons were at very top of food chain, possibly cannibalistic, study says
June 22 (UPI) -- Megalodons, believed to be the largest species of shark that ever lived, were big enough to eat just about any animal they wanted -- and were possibly cannibalistic -- scientists say in a study published Wednesday.