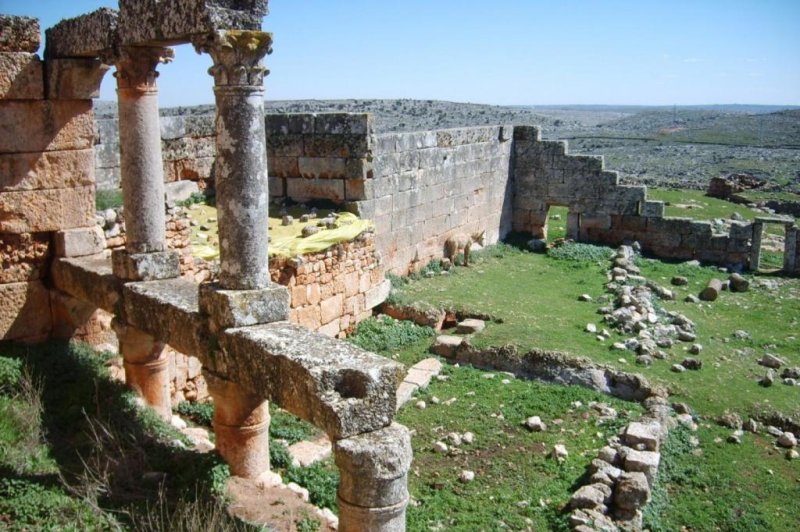 Researchers say nuances of history during climate shifts -- like in villages in the Limestone Massif in Syria as they expanded during the Late Antique Little Ice Age -- could help inspire solutions for 21st century climate change. Photo by Artur Rodziewicz

March 24 (UPI) -- The scale and speed of human-caused climate change is unique, but societies have been responding to climatic shifts for thousands of years.

The authors of a new paper, published Wednesday in the journal Nature, suggest there is much to learn from historic climate-society interactions.

Unfortunately, most investigations of historic climate crises have focused exclusively on societal collapse -- they are heavy on disaster, the study's authors argue, but light on nuance.

"These stories don't capture the diversity of past experiences with climate change," lead study author Dagomar Degroot told UPI in an email.

"They have therefore inspired a popular assumption that historical societies inevitably crumbled when confronted with shifts in temperature or precipitation," said Degroot, an associate professor of environmental history at Georgetown University.

Degroot and his co-authors, a group of historians, anthropologists and climate scientists, aim to steer what they call "the History of Climate and Society" scholarship -- HCS, for short -- in a more productive direction.

In their paper, the authors present a number of methodical problems with what they call the "Doomist" approach to HSC. Many of these problems stem from a lack of communication between scholars from different disciplines.

One of the biggest problems with HSC research, according to the study's authors, is a disconnect between historical and archaeological data and paleoclimate data.

To understand precisely how societies responded to climate change, researchers must properly sync these two types of datasets.

"Reconstructions of climatic conditions of the past always deal with a specific aspect of weather -- temperatures in the summer or precipitation in the spring, and so on," co-author Adam Izdebski told UPI in an email.

"As we all know, rain after the harvest brings little to the farmer, so it is always necessary to investigate the ecological -- and hence, economic -- significance of a specific paleoclimatic dataset before connecting it to historical processes. It is only now that through interdisciplinarity we are gaining means to do it, and this is what we propose," said Izdebski, who studies Late Antiquity at the Max Planck Institute for the Science of Human History in Germany.

"Doomism is profoundly disempowering -- it discourages action to reduce emissions or implement adaptation policies because, of course, it assumes that no action can save us," Izdebski said.

In the paper, Degroot, Izdebski and their research partners outline a series of case studies detailing the different ways societies have responded to two of the most studied periods of ancient climate change: the Late Antique Little Ice Age of the sixth century and the Little Ice Age of the thirteenth to nineteenth centuries.

The case studies showed that over the last 2,000 years, populations have adapted to climate crises by exploiting new agricultural and economic opportunities, leaning on adaptable energy systems and tapping into expanded trade networks.

"What we show is that there is hope for today: as long as we act," said Degroot. "Adapting is at the core of being human, and if we recognize the challenge, we can rise to it."

Of course, Degroot and company aren't calling for false hope -- instead, they want nuance. Even the societies that proved resilient to climatic shifts made mistakes.

These societies' efforts to adapt involved tradeoffs and had unintended consequences -- details that can offer lessons for the challenge of curbing and responding to modern climate change in a way that protects the planet's most vulnerable communities.

"Adaptation for some social groups could exacerbate the vulnerability of other groups to climate change," Degroot said.

"This is another critical takeaway from our study: effective adaptation policy must explicitly address existing social inequalities, and must above all not perpetuate those inequalities," Degroot said. 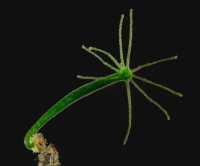 Science News // 1 hour ago
Study: Hydras regenerate heads by changing way their genes are regulated
Dec. 8 (UPI) -- Researchers at the University of California, Irvine Wednesday revealed how Hydras, a group of small aquatic animals, can regenerate their own heads. 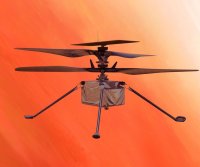 Science News // 5 hours ago
Moon to align with 3 planets on Friday evening
Jupiter, Saturn and Venus have lined up in the evening sky and will continue to be prominent features throughout most of December, but this week, the trio will get a visitor.

Science News // 6 hours ago
Japanese billionaire heads to space on first 'tourist' trip to ISS since 2009
Dec. 8 (UPI) -- Japanese billionaire Yusaku Maezawa ventured into space aboard a Russian Soyuz capsule on Wednesday, making his the first self-funded mission to the International Space Station in about a decade.

Science News // 21 hours ago
NASA: Hubble telescope regains full capability
Dec. 7 (UPI) -- The Hubble Space Telescope has returned to full operation after more than a month of interruptions due to communication trouble with the orbiting observatory, NASA said Tuesday.

Science News // 1 day ago
Space Force mission blasts off from Florida after multiple delays
Dec. 7 (UPI) -- A mission overseen by the U.S. Space Force to send equipment into space aboard an Atlas V rocket lifted off from Florida early Tuesday after a delay of several days. 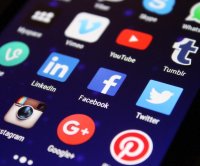