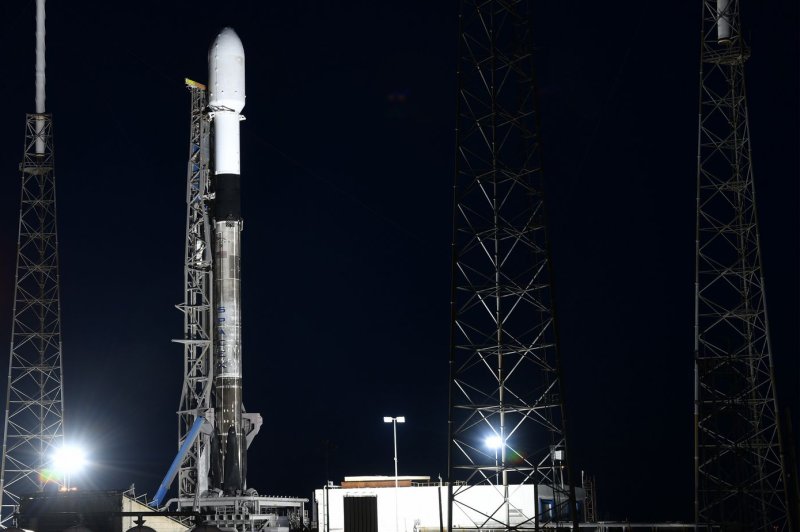 SpaceX plans to launch 60 Starlink satellites from Cape Canaveral Space Force Station on Tuesday aboard a Falcon 9 rocket, similar to the one shown in August. File Photo by Joe Marino/UPI | License Photo

ORLANDO, Fla., March 9 (UPI) -- Plans by Elon Musk's SpaceX to launch 60 Starlink broadband Internet satellites from Florida were delayed on Tuesday, while the company seeks federal approval to beam the service to trucks, boats and aircraft around the world.

The launch aboard a Falcon 9 rocket from Complex 40 at Cape Canaveral Space Force Station, was delayed to 3:31 a.m. EST on Thursday as the company tweeted it was "taking some additional time for pre-launch checks."

The weather for the original launch time of 9:50 p.m. EST Tuesday was expected to be nearly perfect for launch, with only a 10 percent chance that winds or clouds could interfere, according to a Space Force forecast.

SpaceX said it has launched about 1,100 Starlink satellites to beam high-speed Internet to underserved areas, and it plans "near-global coverage of the populated world in 2021."

Current service is limited to a few areas of the United States, Britain and Canada in a test mode. The cost is $499 for hardware, $50 for shipping and $99 per month.

SpaceX is focused on ramping up the service so that it provides "low latency," meaning a lack of interruptions to streaming movies, video calls and online gaming.

"Starlink satellites are over 60 times closer to Earth than traditional satellites, resulting in lower latency," the company says on its website.

SpaceX attorneys filed an application on Friday with the Federal Communications Commission seeking "a blanket license" authorizing customer reception of the signal in vehicles, boats and planes.

Musk said Monday on Twitter, however, that the Starlink terminal is too big for most passenger cars.

"This is for aircraft, ships, large trucks & RVs," Musk wrote.

Starlink home and office terminals are small dishes that rotate to acquire and keep a signal, and they must be installed outside with a clear view of the sky.

"SpaceX Services will ensure installation of ... terminals on vehicles and vessels by qualified installers who have an understanding of the antenna's radiation environment and the measures best suited to maximize protection of the general public and persons operating the vehicle and equipment," the application says.

It adds that such radiation would only be a concern in limited situations and a warning would be posted on the receiver.

The company's application also says it will not "operate in the vicinity of radio astronomy observatories at 16 locations, without first completing coordination" and it would use GPS location to ensure such locations are avoided.

"Granting this application would serve the public interest by authorizing a new class of ground-based components ... that will expand the range of broadband capabilities available to moving vehicles throughout the United States and to moving vessels and aircraft worldwide," according to the application.

"No longer are users willing to forgo connectivity while on the move, whether driving a truck across the country, moving a freighter from Europe to a U.S. port or while on a domestic or international flight," the application said. 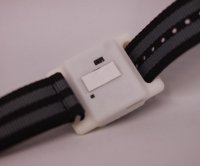