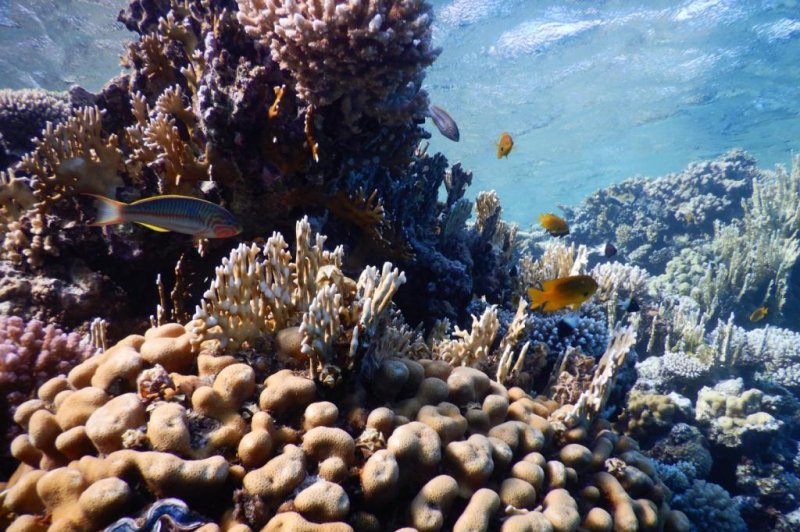 The Red Sea's Gulf of Aqaba is home to coral reefs and rich marine biodiversity. Photo by Maoz Fine

Dec. 15 (UPI) -- It's been five years since Safer, a Red Sea oil tanker with a regrettable name, was decommissioned and abandoned, but calls to empty the tanker have failed to spur action.

The situation is precarious and time sensitive -- and likely a disaster waiting to happen -- according to scientists.

New research -- published Tuesday in the journal Frontiers in Marine Science -- suggests such a disaster would be especially catastrophic if it were to occur during the winter months ahead.

"The reasons for the five-year delay in emptying this tanker are not all clear," lead study author Karine Kleinhaus told UPI in an email.

"One reason is certainly the unwillingness of the Houthis to allow United Nations and other groups access to the tanker that is under their control," said Kleinhaus, an expert on coral reefs and an associate professor of marine sciences at Stony Brook University in New York.

What is clear, however, are the tremendous stakes.

"A spill will have disastrous environmental and humanitarian consequences, especially if it occurs during winter," Kleinhaus and her colleagues write in the new paper.

Over the weekend, a group of terrorists drove a boat loaded with explosives into the side of a fuel transport ship off the coast of Saudi Arabia. Saudi officials blamed Yemen's Houthi rebels.

Kleinhaus suggests the Houthis may be preventing access to the Red Sea oil storage and offloading tanker for political reasons.

"Oil seems like it is being weaponized on the Safer, and generally, in a new way," she said.

To highlight the threat posed by the aging tanker, researchers developed a model to predict the scope of a potential Safer spill.

"The reach and the damage from the oil will be extensive, as it is approximately 1 million barrels, which is four times the volume of the infamous Exxon Valdez," Kleinhaus said.

Such a calamitous spill would severely harm the Red Sea's coral reefs, home to rich biodiversity and fish stocks vital to coastal communities.

The corals living in the Red Sea are uniquely adapted to warm water, making them of particular interest to scientists working to understand how reefs around the world will respond to global warming.

"Fish, shellfish, dolphins, birds and many other animals when exposed to oil sicken or die and fish that survive can become unsafe to eat," Kleinhaus said. "The spill will destroy the livelihoods of fisherman and will spoil the beaches for many miles of coastline disrupting tourism. It will also foul desalination plants working in the region."

Earlier this year, researchers reported evidence that seawater had infiltrated the tanker's engine. Scientists have previously observed oil spots next to the tanker, which suggests Safer is already leaking.

The authors of the newly published paper said they hope their findings will make it clear that all of the countries surrounding the Red Sea are put at risk by the failure to empty the Safer tanker.

"We hope that the UN and the International Maritime Organization will do whatever needs to be done to access this tanker, and the countries in the region," Kleinhaus said. "My co-authors and I continue to advocate for immediate action on the Safer, and hope the oil is pumped off before the destruction of a spill. That is first priority."

Science News // 2 hours ago
Newly named species of early human could help explain evolutionary gaps
Oct. 28 (UPI) -- The link that anthropologists hoped would neatly bridge the gap between apes and humans likely doesn't exist. Human evolution, it turns out, looks more like a "braided stream" than an inclined plane of improving posture. 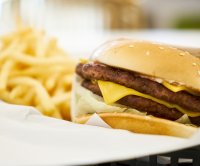 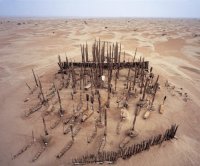