Scent-trained bees were more likely to visit and pollinate sunflowers, according to new research. Photo by Walter Farina

Sept. 17 (UPI) -- Research published Thursday in the journal Current Biology suggests honeybees can be scent-trained, similar to the way dogs are trained to follow a scent by first sniffing the target.

For the experiment, scientists gave bees from a hive food scented with a sunflower-like odor. When hives with scent-trained bees were used to pollinate sunflowers, the researchers observed a boost in sunflower crop production.

"We show that it's possible to condition honeybees to a rewarded odor inside the colony, and this experience modifies the bees' odor-guided behaviors later," lead researcher Walter Farina said in a news release.

"The most surprising and relevant result is that the foraging preferences for the target crop are so prolonged and intensive that it promoted significant increases in the crop yields," said Farina, scientist at the University of Buenos Aires.

Previous studies by Farina and his colleagues have shown bees can recall memories of different scents, and that scent memories can influence the behavior of bees in a hive.

By recording and analyzing the waggle dances performed by bees in the hive, researchers were able to show that bees communicated their scent experiences with their neighbors. Effectively, they transferred the sunflower scent memory -- the behavior resulted in altered foraging patterns.

"Through this procedure, it is possible to bias honeybee foraging activity and increase yields significantly," Farina said. "In other words, pollination services might be improved in pollinator-dependent crops by using simple mimic odors as part of a precision pollination strategy."

Farina and his research partners are currently developing a variety of other synthetic odors to test whether scent-train bees can improve the production of other pollinator-dependent crops, such as almonds, pears and apples. 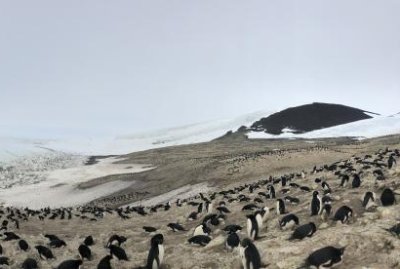