Earthquake may have destroyed Canaanite palace 3,700 years ago

Researchers have discovered archaeological evidence that one or more sizable earthquakes led the destruction of a Canaanite palace in what is now Israel. Photo by Eric Cline/GW

Sept. 11 (UPI) -- A new archaeological analysis suggests an earthquake may have destroyed a Canaanite palace 3,700 years ago.

Excavations at a large dig site outside of Tel Kabri, Israel, have revealed an impressive palatial complex. Evidence suggests the city and palace flourished during the Middle Bronze Age, from 1900 to 1700 B.C. But roughly 3,700 years ago, the palace was abandoned.

"We wondered for several years what had caused the sudden destruction and abandonment of the palace and the site, after centuries of flourishing occupation," Assaf Yasur-Landau, co-director of the excavation, said in a news release.

"A few seasons ago, we began to uncover a trench which runs through part of the palace, but initial indications suggested that it was modern, perhaps dug within the past few decades or a century or two at most," said Yasur-Landau, who is a professor of Mediterranean archaeology at the University of Haifa in Israel.

However, the ongoing excavations revealed the trench to be ancient, containing fallen and tilted walls and floors. Intrigued by the rift, researchers examined the stone foundations that anchored the palace's walls and mud-brick superstructures, revealing evidence of a sizable earthquake.

"Our studies show the importance of combining macro- and micro-archaeological methods for the identification of ancient earthquakes," he said. "We also needed to evaluate alternative scenarios, including climatic, environmental and economic collapse, as well as warfare, before we were confident in proposing a seismic event scenario."

Researchers discovered warped floors and signs that mud bricks from the walls and ceilings suddenly caved in on many of the palace's rooms. "It really looks like the earth simply opened up and everything on either side of it fell in," said researcher Eric Cline, professor of classics and anthropology at the George Washington University.

RELATED Ancient DNA to help solve mysteries of the Canaanites

"It's unlikely that the destruction was caused by violent human activity because there are no visible signs of fire, no weapons such as arrows that would indicate a battle, nor any unburied bodies related to combat," Cline said.

When researchers examined paleoclimate data, they found no evidence of a significant drought in the region. Excavations also failed to turn up mass graveyards, the signature of a pandemic.

During earlier excavations, researchers found evidence of one of the largest and oldest wine cellars in the Near East. More recently, while sorting through the demolished palace, researchers found several dozen more jars of wine.

Researchers detailed their analysis of the palace's sudden collapse in a new paper, published Friday in the journal PLOS One.

"The floor deposits imply a rapid collapse rather than a slow accumulation of degraded mud bricks from standing walls or ceilings of an abandoned structure," said study co-author Ruth Shahack-Gross, professor of geoarchaeology at the University of Haifa.

"The rapid collapse, and the quick burial, combined with the geological setting of Tel Kabri, raises the possibility that one or more earthquakes could have destroyed the walls and the roof of the palace without setting it on fire," Shahack-Gross said. 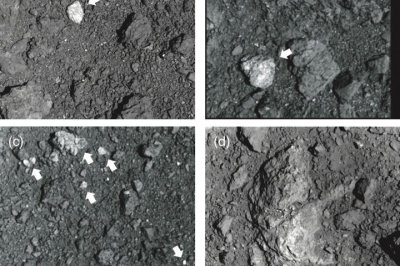