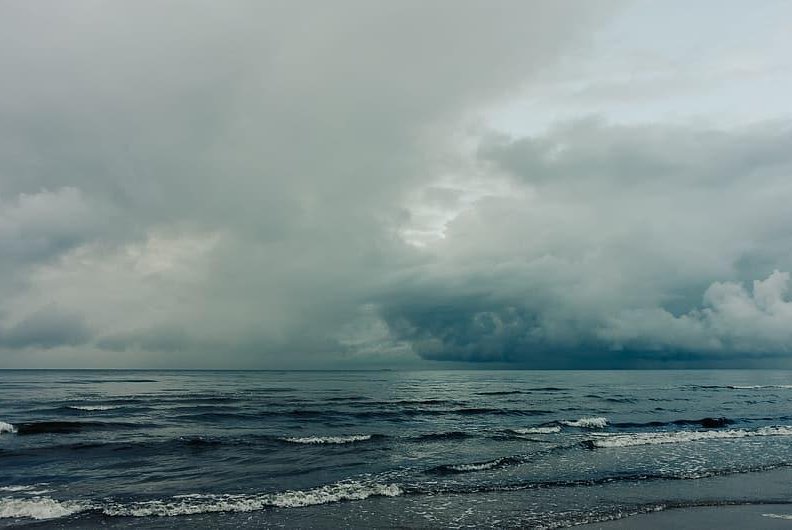 The global water cycle has a strong influence on the planet's climate system, and vice versa. As Earth's water cycle changes, so does the climate. To accurately model climate change and its effects on global weather patterns, scientists must understand changes to the planet's water cycle.

Previous climate models have suggested Earth's water is evaporating at an accelerated pace, a phenomenon that should yield increased precipitation rates across the globe.

It's a logical prediction: as Earth gets warmer, more water should become vaporized, triggering the formation of heavier clouds. However, scientists have struggled to confirm such a pattern with real-world data.

Now, scientists have used salinity data collected over the last 50 years to confirm the theory. Researchers shared their analysis of global salinity shifts in a new paper, published Wednesday in the Journal of Climate.

"Ocean salinity change can be used to estimate water cycle change, because it reveals the modification of global surface freshwater exchanges: evaporation takes freshwater from the ocean into the atmosphere and increases the ocean salinity; precipitation puts more freshwater into the ocean and reduces the salinity," lead study author Lijing Cheng said in a news release.

"Consequently, salinity changes integrate effects over broad areas and provide an excellent indicator for water cycle change," said Cheng, a climatologist at the Institute of Atmospheric Physics at the Chinese Academy of Sciences.

Because salinity data -- mostly captured by satellites and floating sensors -- is both sparse and highly complex, researchers had to use sophisticated mathematical analysis to account for spatial and temporal variability. The statistical analysis produced a data set that was more conducive to examining long-term salinity changes.

"The new data demonstrate that the existing salinity pattern has amplified. In other words, 'the fresh gets fresher, and the salty gets saltier' in much of the ocean," said study co-author Kevin Trenberth, climate scientist at the National Center for Atmospheric Research.

Researchers were able to simplify the salinity data by developing a new measurement called the Salinity Contrast index, which is the difference between the average salinity across high-salinity and low-salinity regions.

The analysis suggests human-caused climate change is to blame for the salinity amplification.

"Our ocean-based result is broadly consistent with many recent atmospheric based estimates and strengthens the evidence that the global water cycle has been intensified with global warming," said John Fasullo of NCAR.

Authors of the new paper suggest the amplification of Earth's water cycle increases the odds of extreme weather. If global warming continues to amplify Earth's water cycle, scientists warn droughts will be drier and storms will yield more extreme precipitation.

"This study is a significant advance in the field," said Michael Mann, researcher at Pennsylvania State University. "First, the new, more accurate estimates of salinity changes provide a better basis for comparison with climate model simulations. Secondly, the Salinity Contrast index provides a key measure of climate change impact on the global water hydrological cycle and helps distinguish the signal."

"We find that it takes a little more than a decade to isolate the climate change signal from background noise in this particular metric, suggesting it should be used more widely by the climate research community," Mann said.