New research suggests that when biofuel feedstock crops, such as switchgrass, are grown on former agricultural land, they can aid the fight against greenhouse gas emissions. Photo by NRCS/USDA

Aug. 24 (UPI) -- The promotion of biofuels as an eco-friendly replacement for traditional fossil fuels has been criticized by environmental groups.

But research published Monday in the journal PNAS suggests biofuels can help mitigate climate change only as long as biofuel feedstock crops, like switchgrass, are grown on converted agricultural land.

The problem with biofuels is that their promotion by policy makers can trigger deforestation. If trees are felled to grow crops to make biofuels, the action can hinder the fight to curb greenhouse gas emissions and reverse climate change.

To calculate the effects of biofuels on carbon storage potential, researchers used models to simulate the movement of carbon through an ecosystem under a variety of land use scenarios.

Scientists compared the results from their models to carbon data collected at three reforestation and grassland restoration case study sites in the United States.

The data showed that, as scientists expected, cutting down forests to grow biofuel feedstock crops is counterproductive. However, the calculus changes when former cropland or pasture is repurposed.

"We found that biofuel production compares favorably to alternative natural climate solutions on a per-area carbon basis in many situations," study lead author John Field told UPI in an email.

Because efforts to reduce carbon emissions have been slow to produce results, Field said interest in negative-emissions technologies have grown.

"Our analysis suggests that carbon-negative biofuels might have a lot of potential for both helping to manage existing carbon pollution, and to replace fossil fuel use in difficult-to-electrify situations, like aviation and shipping," Field said. "However, this should be viewed as a complement to -- not a replacement for -- ongoing efforts to get clean power on the grid and reduce greenhouse gas emissions across the board."

In order to ensure biofuels production remains truly carbon negative, researchers suggest specific public policies are needed to ensure biofuel feedstock crops are grown only where they offer the greatest environmental benefits -- which requires the availability of former cropland or pasture.

Because farmland has become more productive over time in the United States, Field estimates that there is room for increased production of switchgrass without influencing the demand for agricultural land.

"Purpose-grown perennial grasses such as switchgrass are attractive in part because they put down very deep rooting systems compared to annual crops, and they don't require annual re-tilling of the fields where they are grown," Field said. "As a result, they have a great potential to increase the organic matter content of agricultural soils, which is a key component of soil health."

Biofuels can also be made from agricultural and forestry residues, as well as farm and municipal wastes, sources that don't require the conversion of forest or farmland.

Field and his research partners are currently working to improve biofuel crops and fuel conversion technologies, including the development of drought-resistant varieties of switchgrass and poplar. Hardier biofuel feedstock crops that require fewer nutrients and less water could help economies shrink their carbon footprints without taxing natural resources, they said.

"We're currently working to estimate how such advanced varieties might perform in different climates and on different types of land," Field said. 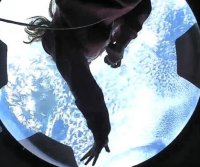 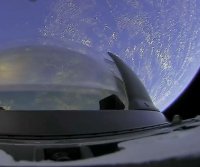