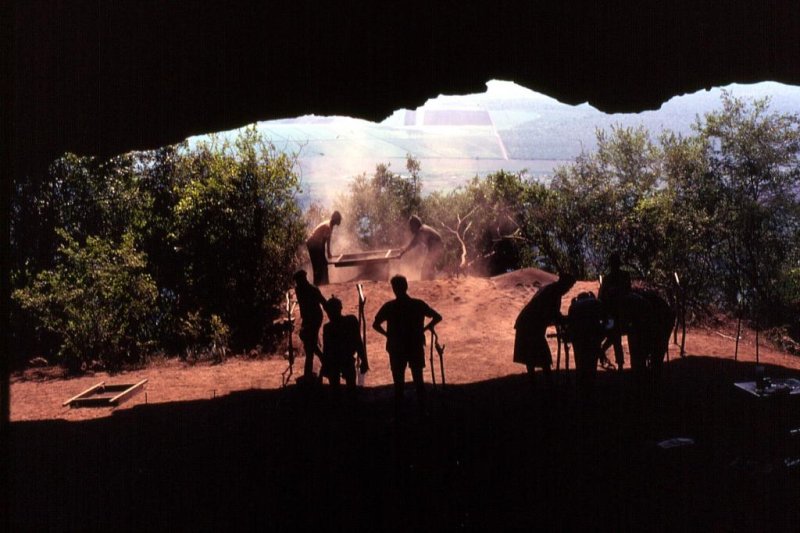 Aug. 14 (UPI) -- For nearly as long as modern humans have been roaming the earth, they've been sleeping in beds, according to research published Friday in the journal Science.

At the back of the cave, located in the KwaZulu-Natal region of South Africa, researchers found layers of leaves belonging to Panicoideae, a large subfamily of grasses, stacked atop a layer of ash, which humans used to protect themselves from crawling insects.

"We speculate that laying grass bedding on ash was a deliberate strategy, not only to create a dirt-free, insulated base for the bedding, but also to repel crawling insects," lead study author Lyn Wadley, professor of archaeology at the University of the Witwatersrand in Johannesburg, said in a news release.

RELATED Humans have been cremating the dead since at least 7,000 B.C.

"Sometimes the ashy foundation of the bedding was a remnant of older grass bedding that had been burned to clean the cave and destroy pests," Wadley said. "On other occasions, wood ash from fireplaces was also used as the clean surface for a new bedding layer."

Because insects have trouble moving through fine powder, ash helped protect slumbering humans from the bites of insects. Atop the ash and grass bedding, researchers also found remnants of camphor bush, a plant that's still used as an insect repellant.

"We know that people worked as well as slept on the grass surface because the debris from stone tool manufacture is mixed with the grass remains," Wadley said. "Also, many tiny, rounded grains of red and orange ochre were found in the bedding where they may have rubbed off human skin or colored objects."

Previous studies have revealed dozens of stack fireplaces throughout the Border Cave complex, dating from 200,000 and 38,000 years ago. In addition to rituals, early humans slept and performed daily work near fires.

Modern humans, Homo sapiens, first emerged in Africa around 300,000 years ago. It didn't take long for them to adapt strategies for saying safe and comfortable in dangerous environs.

"Our research shows that before 200,000 years ago, close to the origin of our species, people could produce fire at will, and they used fire, ash, and medicinal plants to maintain clean, pest-free camps," Wadley said. "Such strategies would have had health benefits that advantaged these early communities."