This is an artist's depiction of the Mars rover on the Tianwen-1 mission slated for a launch as early as Thursday. Image courtesy of Xinhua

A Chinese Long March 5 rocket is pictured July 17 as it was prepared to launch the Mars probe Tianwen-1 at the Wenchang Space Launch Center on Hainan Island. Photo courtesy of Xinhua

July 23 (UPI) -- China on Thursday launched its initial attempt to reach Mars -- the first such mission in history to include an orbiter, lander and rover.

The Chinese Long March 5 rocket was loaded with the Tianwen-1 spacecraft at China's Wenchang Space Launch Center, on Hainan Island about 290 miles south of Hong Kong.

Success would mean China joins the United States and the former Soviet Union as the only nations that have landed on Mars.

But China's interplanetary history is very short, having only reached the moon in 2009. A scientist who has worked on other Mars missions said the odds are against a full success for the mission.

"To have an orbiter, a lander and a rover -- that's amazing," said Raymond Arvidson, professor of earth and planetary sciences at Washington University in St. Louis.

The riskiest operation is having a lander and rover reach the surface of Mars intact, because the atmosphere is too thin to slow spacecraft much, but thick enough to cause friction that results in tremendous re-entry heat, said Arvidson, who has been a part of all U.S. Mars missions since the 1970s.

"There's just so much that has to happen in a Mars landing, and it must all take place robotically, millions of miles from Earth," Arvidson said.

He pointed out that many missions have crashed or failed during Mars landings, including the 1999 landing attempt by the U.S. Mars Polar Lander. Another fairly recent attempt -- Russia's planned landing on the Martian moon Phobos -- failed to leave Earth's orbit and crashed in 2012.

Long March 5 is relatively new to the space launch world, with its first mission in 2016. A first-stage booster on a Long March 5 failed in 2017 and destroyed a Chinese satellite, but it has launched successfully since then.

After Tianwen-1 leaves Earth, it will travel for seven months with a goal of reaching Mars in February. Other countries' missions should arrive around the same time.

This summer's other missions are the United Arab Emirates' Hope orbiter, which was launched Sunday, and NASA's Perseverance rover -- which also carries a drone helicopter -- planned for July 30.

The missions are designed to reach Mars as the two planets are at their closest proximity, which only happens every two years.

"The [Tianwen-1] lander/rover will perform a soft landing on the Martian surface some two to three months after arrival of the spacecraft," according to a brief article published July 13 in the journal Nature by Chinese scientists working on the mission.

Tianwen means "questions to heaven," and according to the article was taken from the name of a poem by Qu Yuan, an ancient Chinese poet. The mission target for the lander is the northern Mars plain of Utopia Planitia, a large flat plain easily recognized on Martian maps.

Tianwen-1's seven science instruments are intended to investigate topographical and geological features, magnetic fields and internal structure of the planet, along with the atmosphere, ionosphere, climate and environment.

"No planetary missions have ever been implemented in this way. If successful, it would signify a major technical breakthrough," the scientists wrote in the Nature article.

European and American scientists struggled to communicate with China about the mission, said Tom Stein, a senior systems manager with the International Planetary Data Alliance. The group attempts to ensure that major space exploration missions can share data with scientists around the globe.

Chinese scientists had discussed the mission's goals, instruments and data goals in 2019, Stein said, and they were expected at the alliance's annual meeting in Paris that year. They didn't show up, and no one responded to emails or letters after that, he said.

"I do feel like there are quite a few people in China that really do want to cooperate and find ways to share data," Stein said. "Some of the decision-makers there also want to be seen as participating in the global science community."

The lack of communication about the mission in the months leading up to the planned launch is normal in China said, said Quanzhi Ye, astronomer and assistant research scientist at the University of Maryland.

He sees much discussion about Tianwen-1 on Chinese social media site Weibo and in the Chinese state-run media.

"They usually don't make much noise until a mission actually launches or starts," Ye said. "They know that launches can be delayed because of weather, or hardware or software issues."

Ye said Chinese scientists will share data, but the language and cultural barriers may be obstacles.

"I think they are trying to make sure it's more accessible to people outside China. We really need to collaborate across borders when it comes to space," Ye said. 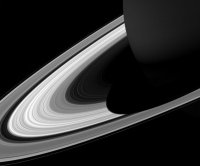 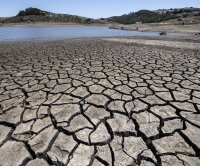