Pigs turn to face humans like dogs do, unless there's a problem to solve 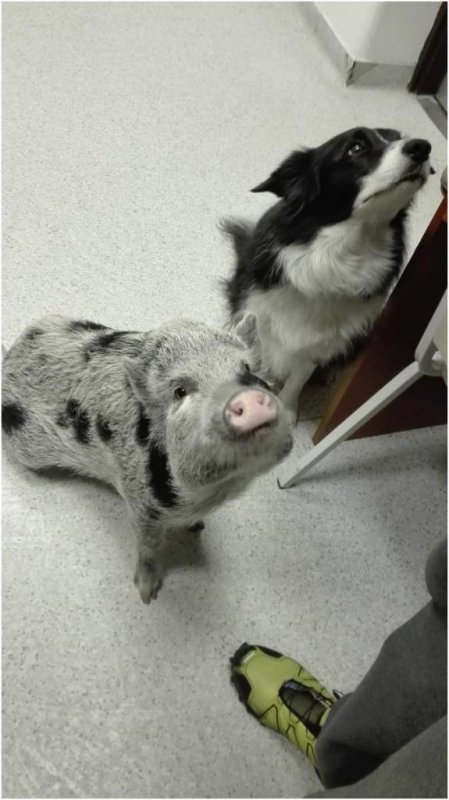 Dogs and pigs both turn to humans to engage. Photo by Eotvos Lorand University/Paula Perez

July 17 (UPI) -- In neutral situations, pigs are drawn to human faces the same way dogs are. When a human approaches, dogs and pigs tend to turn and face them, looking to interact.

The study, published Friday in the journal Animal Cognition, showed pigs and dogs continue to demonstrate behavioral differences even after similar socialization.

At an early age, dogs start turning to humans during problem solving situations, engaging in communicative interactions and splitting their focus between problem and person.

"Similarly socialized wolves and cats communicate less with humans than dogs in the same problem-solving context, but maybe it is because wolves are not domesticated, and cats are not a social species," study co-author Paula Pérez said in a news release.

"So we designed a study to compare dogs' behavior with that of another domestic and social species, the pig," said Pérez, a doctoral student at the Eötvös Loránd University, ELTE, in Hungary.

As miniature pigs have become more popular as human companions, scientists at ELTE sought to study how the animals differ from other socialized pets like dogs.

"We used the so called 'unsolvable task paradigm,' where the animal first faces a problem that he can solve, in our case an easy-to-open box with food inside," said Pérez. "After some trials, the problem becomes unsolvable because the box is securely closed. When the box was first in the room without food in it, pigs and dogs performed similar human-oriented behaviors."

Once the researchers put food in the box, they began to notice differences in the behavior of the two animals. Pigs paid more attention to the exciting new challenge. The pigs were also better able to open the box and access the food.

"Then, when the task became unsolvable, dogs turned to the humans more than before. In contrast, pigs performed less human-oriented behaviors, but they were more persistent than dogs in trying to solve the task, which may reflect their predisposition to solve problems independently," said Linda Gerencsér, research fellow at ELTE.

"Dogs are naturally more dependent on and cooperative with humans. This explains their unique success in interacting with us," Pérez said. 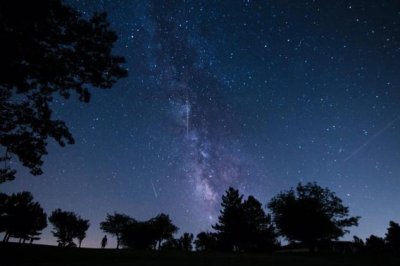