This image was taken from a film of a flashing squid being pursued by a an elephant seal. Photo courtesy of Akinori Takahashi/The Graduate University for Advanced Studies, Japan/The Company of Biologists

May 20 (UPI) -- After spending weeks nursing their pups on the beaches of Antarctic islands, elephant seal moms dive back into the Southern Ocean starving for a fresh meal.

Until now, scientists weren't sure how the hungry, deep-diving predators found their prey in the dark and whether or not the elephants seal mothers face much resistance from bioluminescent species.

New research suggests securing that first meal isn't easy. That's because bioluminescent prey like squid and fish found in the inky depths of the Southern Ocean use light to protect themselves two ways. The sea creatures use dim light to camouflage themselves from below and bright flashes to throw would-be predators off their trail.

Researchers attached the novel tags to a group of elephants seals along the coast of Antarctica's Kerguelen Islands. The data showed the great lengths the seals travel to find food and the techniques squid and fish use to avoid predation.

"The prey always emits a flash the second the seal launches an attack, which suggests that the flash is a defensive reaction when the prey realizes it is being attacked," Pauline Goulet, researcher at the University of St. Andrews, said in a news release.

The data -- published this week in the Journal of Experimental Biology -- showed seals were quick to capture fish that failed to produce a flash of light, but were often thwarted by species that offered a briefly blinding flash.

Observations suggest the flashing trick doesn't always. At least one seal used a twitch of its head to trick prey into producing a defensive flash, revealing their location.

During follow-up studies, scientists hope to studying the details of different flashes so to track the squid and fish species preferred by elephant seal moms. 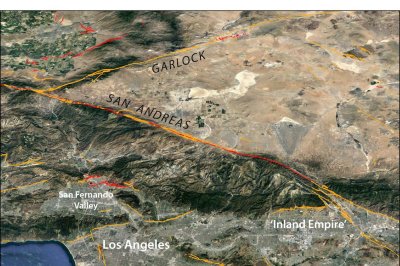