Damage to homes and property from Hurricane Dorian is seen at Treasure Cay in the Bahamas on Sept. 9, 2019. File Photo by Joe Marino/UPI
| License Photo

May 18 (UPI) -- The maximum sustained winds of hurricanes are increasing around the world, according to an analysis of 40 years of satellite imagery published on Monday.

The maximum sustained winds in hurricanes have increased by about 8 percent per decade in the period under study, according to the study, published in the Proceedings of the National Academy of Sciences.

A warming planet, researchers say, could be the cause.

The data was studied by scientists of the National Oceanic and Atmospheric Administration National Center for Environmental Information and the University of Wisconsin-Madison Cooperative Institute for Meteorological Satellite Studies.

RELATED Cyclone Amphan: More than 1 million to be evacuated in India, Bangladesh

"Through modeling and our understanding of atmospheric physics, the study agrees with what we would expect to see in a warming climate like ours," lead study author James Kossin, a NOAA scientist based at UW-Madison, said in a press release. "Our results show that these storms have become stronger on global and regional levels, which is consistent with expectations of how hurricanes respond to a warming world."

The study builds on a Kossin's 2013 study analyzing hurricanes over a 28-year time span. That study demonstrated that hurricanes are moving farther northward and southward, exposing coastlines to greater risk, and moving more slowly when traveling over land, resulting in greater risk of floods.

The research, Kossin said, increases confidence that global warming is making for stronger hurricanes, "but our results don't tell us precisely how much of the trends are caused by human activities and how much may just be natural variability."

The meteorology service AccuWeather predicted last week that the 2020 hurricane season for the Atlantic Ocean will be intense.

Based on the newest forecasting models, the forecasters extended the upper range of hurricanes to 14 to 20 tropical storms with seven to 11 growing to hurricane strength and four to six becoming Category 3 or higher, indicating sustained winds of 111 mph or higher. It also warned that four to six named tropical systems could make direct impacts on the U.S mainland, Puerto Rico and the Virgin Islands. 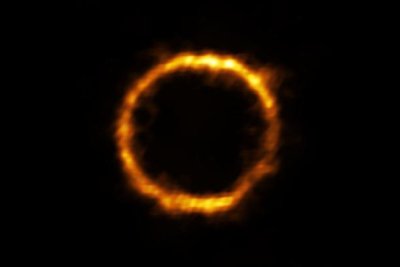