May 12 (UPI) -- For a single ant, the world can be an overwhelmingly big place. To safely navigate their environs, ants rely on collective cognition.

"Cooperation is a common means by which animals can increase their cognitive capacity, and we were intrigued as to whether this cooperation allows ants to extend the range of environments in which they can efficiently collect food," first study author Aviram Gelblum, a postdoctoral fellow at the Weizmann Institute of Science in Israel, said in a news release.

"We addressed this question by studying the cooperative transport of ants as they attempted to transport large loads through semi-natural environments," Gelblum added.

RELATED Scientists classify neurons by measuring their jiggle during a heartbeat

In the lab, researchers created a labyrinth to test the navigational skills of ants. Inside the labyrinth, scientists randomly scattered cubes to mimic terrain strewn with stones.

Image processing helped scientists track the ants and their movements around the different cubes as they moved back and forth between their nest and food sources. When researchers added more cubes to the labyrinth, the ants moved at slower speeds, but the insects were still able to successfully navigate the labyrinth with up to 55 percent cube coverage.

To measure the ants navigation abilities, researchers used a common movement model that simulates random walking paths biased toward a certain direction. The direction of each simulated path shifts as it runs into barriers until, eventually, an unblocked route is identified.

Ants were more efficient than the computer model at finding a clear path through the cubes. The performance advantage of the ants over the simulation increased as the cube coverage increased and the labyrinth became more complex.

Detailed analysis of the ants' movements through the labyrinth showed ants carrying food loads were loosely surrounded by ants without food on their trek home. The ants without food help those encumbered by large loads avoid obstacles.

"We show that, in this environment, the ants use their numbers to collectively extend their sensing range," researchers wrote in their newly published paper. "Although this extension is moderate, it nevertheless allows for extremely fast traversal times that overshadow known physical solutions."

Once programmed with similar sensing abilities, the movement model became much more adept at identifying obstacle-free routes through the labyrinth.

"We have shown that, in this environment, ants use their numbers to collectively extend how far they can sense," said senior study author Ofer Feinerman, professor of physics at the Weizmann Institute of Science. "Although this extension is modest, it allows for extremely fast traversal times that are better than known physical movement models for navigating disordered environments." 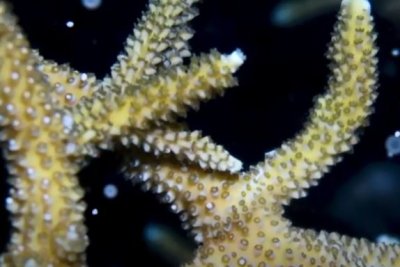