Juvenile crown of thorns starfish eat algae. As adults, they become voracious consumers of coral. Photo by The University of Sydney

April 9 (UPI) -- As adults, crown of thorns starfish are voracious consumers of coral, but as juveniles, the starfish only eat algae.

New research suggests crown of thorns starfish can delay their dietary switch for 6.5 years, proliferating on reefs as coral recover. These hidden armies can devastate reefs made vulnerable by coral bleaching.

"Despite the notoriety of the large adult starfish and their propensity for coral prey, the juveniles eat algae," Maria Byrne, professor of marine and developmental biology at the University of Sydney in Australia, said in a news release. "For outbreaks to arise, these algal-eating juveniles must transition into coral predators."

When coral is abundant, crown of thorns starfish transition to a coral diet after only a few months. But the starfish can bide their time, delaying adulthood, on reefs where the coral supply is depleted.

"This Peter Pan effect means that populations of juvenile crown of thorns starfish can build up on reefs in the absence of coral," said Dione Deaker, doctoral student at the University of Sydney. "They could become a hidden army waiting to consume reefs as the reefs recover."

Coral damage caused by crown of thorns starfish has been documented across the Great Barrier Reef and the reefs of the Indo-Pacific, but how exactly the starfish transition from their juvenile diet to their adult eating pattern hasn't been closely studied.

For the new study, published this week in the journal Biology Letters, scientists reared crown of thorns starfish in the lab on a diet of algae for 10 months and 6.5 years. Both groups reached the same maximum size, between 16 to 18 millimeters. After both groups were transitioned to a coral diet, they adopted similar growth patterns.

"Suppression of the switch to a coral diet due to scarcity of prey might occur after coral bleaching events," Deaker said. "The remarkable resilience of juvenile starfish to coral scarcity complicates our ability to age them and indicates the potential for reserves of juveniles to accumulate on the reef to seed outbreaks when favorable conditions arise."

Researchers suggest reef protection and conservation plans need to account for the possibility of a reserve population, a hidden army of crown of thorns starfish, lying in wait among recovering coral reefs.

"Another important implication of our findings is the possibility that the current adult starfish killing programs used to manage crown of thorns starfish might, in fact, trigger a feedback mechanism in the starfishes' transition to coral predator as juveniles are released from adult competition," Byrne said. 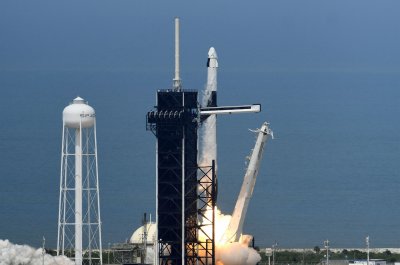