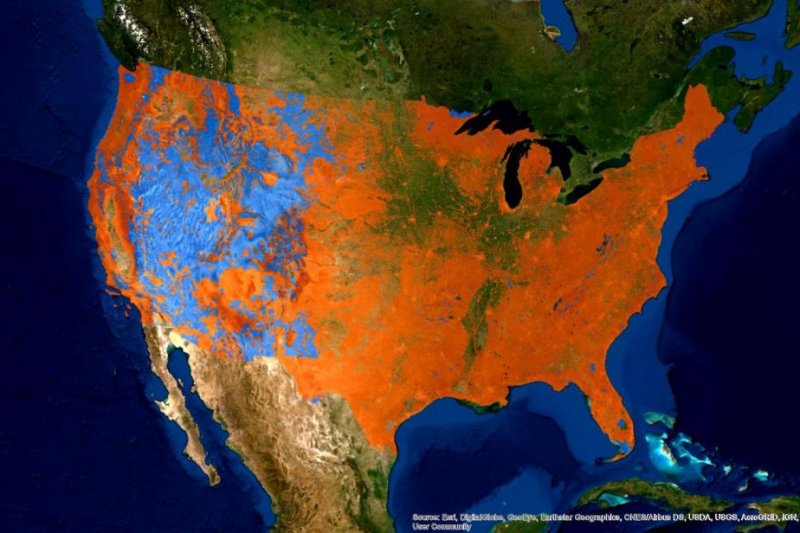 March 2 (UPI) -- Vulnerable species are most at risk on private lands, according to a new study. On federally protected lands, rates of habitat loss and extinction are diminished.

For the study, scientists at Tufts University and the conservation group Defenders of Wildlife surveyed three decades of earth satellite images for evidence of habitat loss. The data, detailed Monday in the journal Frontiers in Ecology and the Environment, showed habitat loss for endangered species was twice as great on private lands than on federally protected lands.

The study suggests protections offered by an endangered species listing and land use regulations are beneficial to vulnerable species.

Instead of looking at a specific species, confined region and certain king of habitat, researchers set out to measure the nationwide impacts of local land regulations and conservation policies on habitat loss for 24 endangered vertebrate species.

Scientists first mapped the ranges of the 24 species, which comprised 49 percent of the country and encompassed all major ecosystems. Then, researchers used the Google Earth Engine LandTrendr algorithm to identify habitat change across the ranges.

Because some of the species included in the study were classified as endangered during the course of the 30-year time frame, scientists were able to measure the effects of the listing on habitat loss. The data showed species lost less habitat on federal lands after the official endangered designation.

In other words, the Endangered Species Act is a boon to vulnerable species in the United States.

"We know from research conducted by other scientists that development surrounding protected areas can reduce the effectiveness of those protections for animals," first study author Adam Eichenwald, a biology graduate student at Tufts, said in a news release.

Authors of the new study acknowledged that federal lands could be come less effective as climate change alters the ranges of vulnerable species.

"Global climate change can force species to move, which we worry may eventually result in areas designed to protect species without any of their protected occupants," Eichenwald said.

"At a time when the planet faces a looming extinction crisis, we need every tool available to protect species and their habitats," said study co-author Jacob Malcom, director of the Center for Conservation Innovation at Defenders of Wildlife. "This research illustrates the critical importance of America's federal lands system for conserving wildlife habitat and the urgent need for better protections on other land ownerships. Biodiversity and the services it provides to society can be conserved through concerted effort and transformative change; protecting habitats must be an essential part of that effort."

Science News // 9 hours ago
Watch Live: NASA Artemis 1 rocket begins pre-launch rollout
Aug. 16 (UPI) -- NASA plans to roll out its Space Launch System rocket on Tuesday ahead of its premiere flight set for later this month. The uncrewed test flight is part of the plan to return man to the moon.