Analysis of DNA from 66 prehistoric individuals from Sicily, Sardinia and the Balearic Islands suggests the Mediterranean islands fielded complex patterns of migration from Africa, Asia and Europe. Photo by David Caramelli

Feb. 26 (UPI) -- Populations from Africa, Asia and Europe were migrating to the Mediterranean islands prior to the establishment of seafaring civilizations in the Mediterranean, according to new analysis of ancient DNA.

For the study, scientists sequenced the DNA of prehistoric individuals recovered from Sicily, Sardinia and the Balearic Islands. The study increased the number of analyzed genomes from individuals from the Mediterranean islands from five to 66.

The genetic analysis, described this week in the journal Nature Ecology and Evolution, revealed a complex pattern of immigration from Africa, Asia and Europe to the three islands. The timing and direction of the prehistoric migrations was different for each island, but the patterns showed people were moving across the Mediterranean in significant numbers prior to the establishment of the region's major seafaring civilizations.

For example, genetic data suggests people of steppe pastoralist ancestry, mostly from Iberia, made it to Sicily by approximately 2200 B.C. People of Iranian-related ancestry migrated to the island by the mid-second millennium B.C.

Despite regularly trading with Mediterranean populations, the people of Sardinia maintained a mostly local Neolithic ancestry profile until the end of the Bronze Age. Though, one Sardinian individual from the second half of the 3rd millennium B.C. boasts a large proportion of North African ancestry.

The discovery reinforces the findings of previous genetic studies that showed significant numbers of migrators traveled across the Mediterranean Sea from North Africa to southern Europe.

"Our results show that maritime migrations from North Africa started long before the era of the eastern Mediterranean seafaring civilizations and moreover were occurring in multiple parts of the Mediterranean," Ron Pinhasi, co-senior author of the study and a professor of evolutionary anthropology at the University of Vienna, said in a news release.

RELATED Great white sharks have been in Mediterranean for 3.2M years

Despite the expansion of Greek and Phoenician colonies in the West Mediterranean islands during the Iron Age, scientists were surprised to find the genomes of the two Sardinian individuals showed no evidence of relation to the seafaring peoples.

But while Sardinians maintained a significant portion of their Neolithic heritage, the DNA of younger prehistoric people suggests the island hosted increasingly complex migration patterns.

"Major immigration into Sardinia began in the first millennium B.C. and, at present, no more than 56 to 62 percent of Sardinian ancestry is from its first farmers," researchers wrote in the paper. "This value is lower than previous estimates, highlighting that Sardinia, similar to every other region in Europe, has been a stage for major movement and mixtures of people."

Analysis of the DNA from individuals recovered from the Balearic Islands showed some of the islands were populated by the ancestors of eastern European people who made their way to Iberia.

"One of the most striking findings is about the arrival of ancestry from the Steppe north of the Black and Caspian Seas in some of the Mediterranean islands," said co-senior author and Harvard University researcher David Reich. "While the ultimate origin of this ancestry was Eastern Europe, in the Mediterranean islands it arrived at least in part from the west, namely from Iberia." 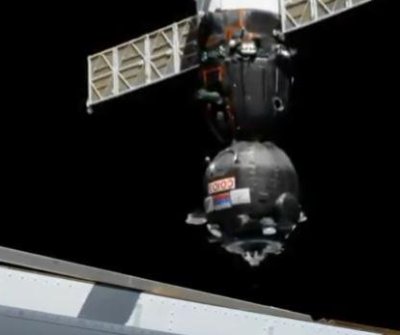 Science News // 8 hours ago
Scientists struggle to explain how coronavirus moves through the air
April 9 (UPI) -- Several new studies suggest the novel coronavirus, COVID-19, can persist in the air for several hours and get carried 23 to 27 feet by gas clouds produced by coughs and sneezes. 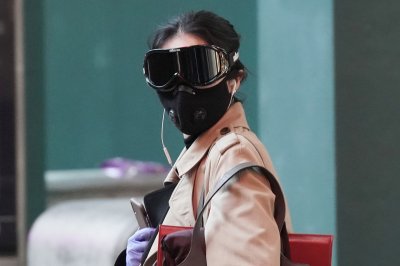 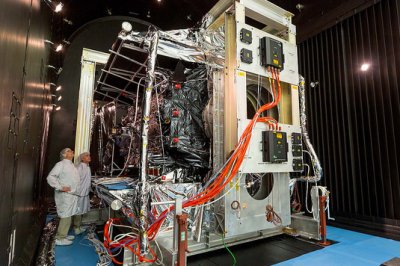