The Anbangbang rock shelter is the oldest in Australia. It is found at the base of the Arnhem Land escarpment in northern Australia. Photo by Warren Poole/Wikimedia Commons

The bits of plant food, preserved as charcoal in ancient cooking hearths, have offered scientists new insights into the diets of the indigenous Australians.

The charcoal bits were recovered from archaeological dig sites in Arnhem Land, a historical region of northern Australia occupied by indigenous groups for thousands of years. Within the charred morsels, scientists identified the remnants of 10 different plant foods, including several types of fruits and nuts, as well as roots, tubers and palm stem.

"Many of these plant foods required processing to make them edible and this evidence was complemented by grinding stone technology also used during early occupation at the site," University of Queensland archaeobotanist Anna Florin said in a news release.

The latest findings, published Monday in the journal Nature Communications, suggest the earliest indigenous Australians possess extensive botanical knowledge, which helped them adapt to a variety of harsh terrains across the continent.

"They were able to guarantee access to carbohydrates, fat and even protein by applying this knowledge, as well as technological innovation and labor, to the gathering and processing of Australian plant foods," Florin said.

The ancient hearths were found at Madjedbebe, a sandstone rock shelter and Australia's oldest indigenous site.

"Madjedbebe continues to provide startling insights into the complex and dynamic lifestyle of the earliest Australian Aboriginal people," said Queensland University professor Chris Clarkson, who served as lead excavator on the most recent digs.

Scientists have previously discovered the world's oldest stone axes at Madjedbebe, 35,000 years old. Even older spearheads have been recovered, the oldest evidence of stone grinding technology outside Africa. Researchers have also previously found evidence of the use of ochre, as well as the earliest known use of reflective pigments.

"The site is an important cultural place to Mirarr people today who strive to protect their heritage from numerous threats, including mining," Florin said.

Science News // 13 hours ago
Drylands to become more abundant, less productive due to climate change
April 3 (UPI) -- Today, drylands cover more than 40 percent of Earth's land surface. But according to a new study, that number is likely to increase in the coming decades as large swaths of the planet get hotter and drier. 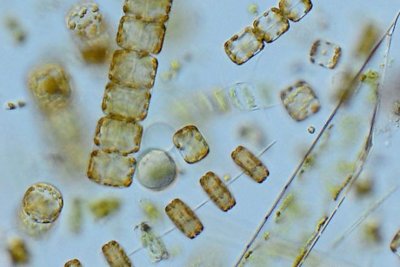