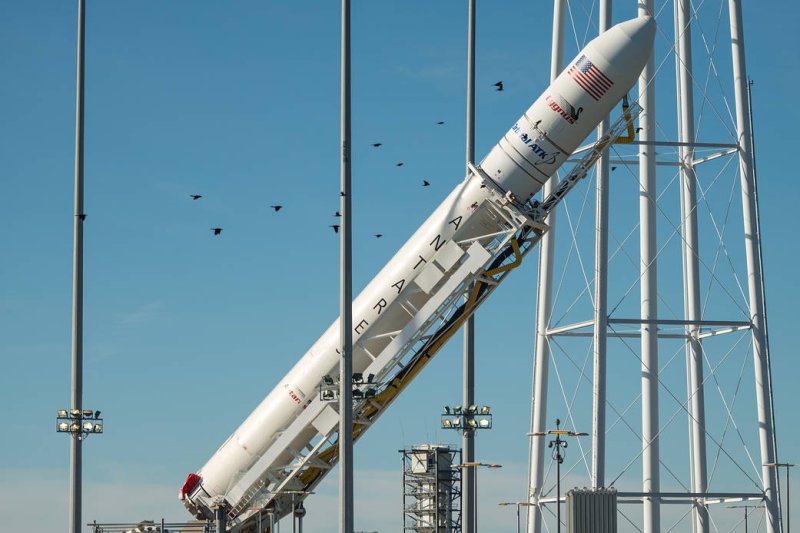 The Antares rocket with a Cygnus spacecraft on board is raised into the vertical position in 2016 at NASA's Wallops Flight Facility in Virginia. Photo courtesy of NASA

"We are standing down from today's launch attempt of @NorthropGrumman's CRS-13 mission. Liftoff has been rescheduled for Saturday," NASA posted on its Twitter account.

Strong winds at high altitudes can knock a rocket off course as it ascends, and is one of the most common causes for launch postponements.

A previous launch attempt Sunday was scrubbed less than three minutes before planned liftoff because of "off-nominal data" from sensors on the ground, according to NASA. Northrop and NASA said ground sensors had been replaced and tested. Crews also refreshed critical science equipment on board that has a limited shelf life.

A launch Saturday would result in space station capture and docking of Cygnus on Monday, the company said.

As with all launches to the space station, the launch window is instantaneous, meaning any problems would cause a postponement to the next day or a future date.

Love won't be the only thing in the air this #ValentinesDay.

The @NorthropGrumman CRS-13 mission to the International Space Station has been rescheduled for 3:43 p.m. EST on Feb. 14. https://t.co/rsen1cXvfJ pic.twitter.com/IlfxqAT9yQ— NASA Wallops (@NASA_Wallops) February 11, 2020

Northrop designed the Cygnus capsule to accept trash from the space station after delivering cargo and to burn up in the atmosphere after leaving.

The capsule will carry equipment for multiple science experiments. Examples include tissue culturing, a demonstration of a new miniature scanning electron microscope and an experiment to study fires aboard spacecraft.

Because the last leg of the unmanned Cygnus is doomed anyway, NASA researcher Gary Ruff said it is "the perfect vehicle for us to do what we really want to do, which is burn larger samples. ... It goes away and nobody's on it."

Science News // 11 hours ago
Long-overlooked arch is key to fuction, evolution of human foot
Feb. 26 (UPI) -- The foot's longitudinal arch has long been credited with providing the stability needed for bipedalism, but new research suggests a different one, the transverse arch, is much more important.

Science News // 12 hours ago
Study: To curb biodiversity declines, protect land in the tropics
Feb. 26 (UPI) -- If world leaders, land managers and other policymakers can find a way to limit global warming to less than 2 degrees Celsius and conserve a third of the land in the tropics, global species loss could be cut in half.

Science News // 19 hours ago
Salmon parasite is world's first non-oxygen breathing animal
Feb. 26 (UPI) -- Scientists have discovered a new species of parasite hiding the muscles of salmon. The tiny species, comprised of just ten cells, is unlike all other animals known to science. 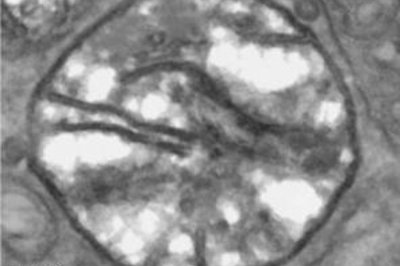