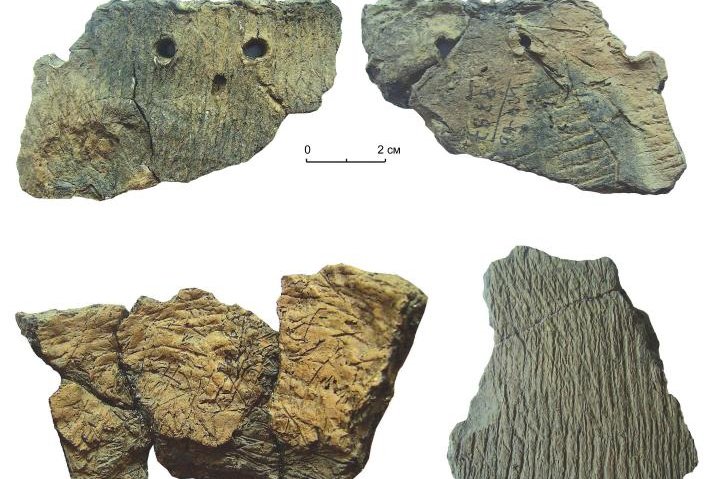 Fats and lipids preserved in the pores of ancient pottery fragments found in Siberia suggests early groups of hunters were processing fish and extracting marrow from bones as early as 16,000 year ago. Photo by Yanshina Oksana

Feb. 3 (UPI) -- Without heat-resistant pots, ancient Siberian hunters might have disappeared during the last ice age. According to a new study, these hardy humans survived the frigid temps with the help of hot pots.

For the new study, scientists extracted and analyzed fats and lipids from some of the oldest pieces of pottery in the world, fragments sourced from dig sites across Russia and ranging in age from 12,000 to 16,000 years old.

The research, published over the weekend in the journal Quaternary Science Reviews, suggests hunters living in Siberia as early 16,000 years ago were using clay pots resistant to heat. The technology would have allowed ancient hunters to take advantage of a variety of nutritional resources.

"This study illustrates the exciting potential of new methods in archaeological science: we can extract and interpret the remains of meals that were cooked in pots over 16,000 years ago," Oliver Craig, professor of archaeological science at the University of York in Britain, said in a news release. "It is interesting that pottery emerges during these very cold periods, and not during the comparatively warmer interstadials when forest resources, such as game and nuts, were more available."

According to the study, heat-resistant clay vessels did not originate from a single source. Instead, clay vessel technology was developed independently by different groups -- a parallel process of innovation.

Not all of these ancient hunters were taking advantage of migratory fish. Fats and lipids in the vessel fragments suggest some groups were using the heat-resistant pots to extract grease and marrow from the bones, cartilage and meat of ruminant species.

"We are starting to understand that very different pottery traditions were emerging around the same time but in different places, and that the pots were being used to process very different sets of resources," said Peter Jordan, an archaeologist at the University of Groningen in the Netherlands.

Though different groups used different techniques to develop their clay pots, the timing of their arrival in the archaeological record suggest the vessels played a similarly important role in helping groups of hunters survive harsh environs.

The glacial maximum during the last ice age occurred between 26,000 and 20,000 years ago. Around 19,000 years ago, temperatures began to climb and ice began to thaw, opening up previously inhospitable regions of Siberia to habitation.

The dietary adaptability afforded by the use of heat-resistant pots likely helped early groups of nomadic hunters repopulate newly thawed portions of Siberia.