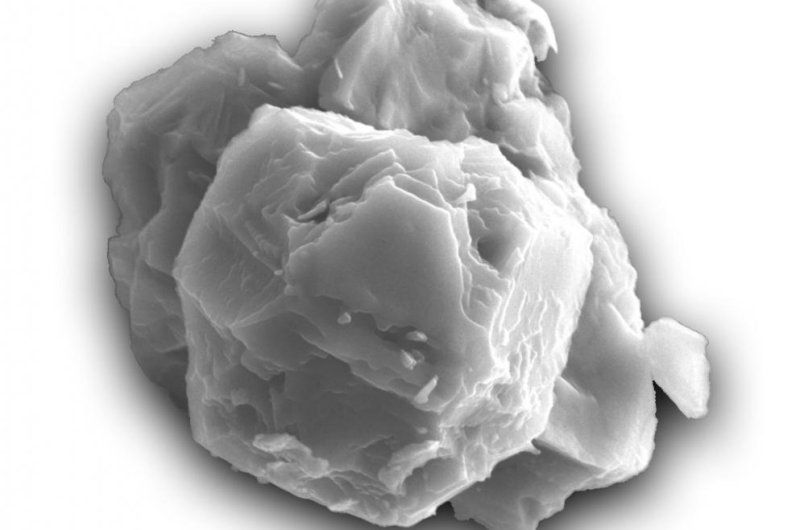 Scientists estimated the age of the tiny presolar grains by measuring the concentration of new elements inside them, forged by prolonged exposure to cosmic rays. Photo by Janaína N. Ávila/Field Museum

Jan. 14 (UPI) -- Scientists have found stardust older than the sun trapped in the Murchison meteorite, which crashed into Australia in 1969.

"These are the oldest solid materials ever found, and they tell us about how stars formed in our galaxy," Philipp Heck, a curator at the Field Museum and associate professor at the University of Chicago, said in a news release.

Presolar grains are bits of stardust that were formed before the birth of the sun. The grains are rare, found in just 5 percent of meteorites.

To study the unusually large concentration of presolar grains, scientists first had to isolate them from the rest of the meteorite.

"It starts with crushing fragments of the meteorite down into a powder," Jennika Greer, a graduate student at the Field Museum and the University of Chicago, said in a news release. "Once all the pieces are segregated, it's a kind of paste, and it has a pungent characteristic -- it smells like rotten peanut butter."

Scientists then dissolved the paste in acid until only the presolar grains remained.

"It's like burning down the haystack to find the needle," said Philipp Heck, a curator at the Field Museum and associate professor at the University of Chicago.

Scientists were able to calculate the age of the presolar grains by measuring the amount of novel elements they contained. In space, material is constantly bombarded with cosmic rays. These rays penetrate the materials they collide with.

"Some of these cosmic rays interact with the matter and form new elements," Heck said. "And the longer they get exposed, the more those elements form."

Because the presolar grain existed inside their host stars for several hundred million years before they were cast out into space by supernovae, researchers estimate some of the grains are nearly 7 billion years old.

Scientists suspect the abundance of presolar grains trapped in the meteorite were produced during a period of increased star formation in the Milky Way.

"We have more young grains that we expected," says Heck. "Our hypothesis is that the majority of those grains, which are 4.9 to 4.6 billion years old, formed in an episode of enhanced star formation. There was a time before the start of the Solar System when more stars formed than normal."

The findings support the theory that star formation rates in the Milky Way are not constant, but characterized by brief periods of intense formation followed by prolonged periods during which very few stars are born.