Jan. 9 (UPI) -- For the first time, an underwater robot has autonomously collected an ocean sample, according to scientists with the Woods Hole Oceanographic Institution.

The robot, named Nereid Under Ice, or NUI, was designed by WHOI engineers as part of NASA's Planetary Science and Technology from Analog Research program. NUI collected the sample while surveying Kolumbo, an active submarine volcano off the Greek island of Santorini.

"For a vehicle to take a sample without a pilot driving it was a huge step forward," Rich Camilli, an associate scientist at WHOI and lead reasearcher on the PSTAR program, said in a news release. "One of our goals was to toss out the joystick, and we were able to do just that."

NIU is quite large -- only slightly smaller than a smart car -- and its decision making process is powered by unique artificial intelligence software.

For the latest feat, scientists supplied the software with code developed by Gideon Billings, a student from the University of Michigan currently conducting research at WHOI. The code helped NIU scan Kolumbo's mineral-rich seafloor for a prime sample-collecting location.

"If we have this grand vision of sending robots to places like Europa and Enceladus [the moons of Jupiter and Saturn, respectively], they will ultimately need to work independently like this and without the assistance of a pilot," Billings said.

The team of scientists working on NIU plans to continue perfecting the robot's artificial intelligence.

Researchers hope to integrate an algorithmic component called "gaze tracking" to help the robotic vehicle see and interpret its surroundings like an ROV pilot. Scientists also plan to develop a human-language interface that will allow scientists to verbally instruct the robotic vehicle as it works.

The researchers want to be able to simply dictate high-level goals, and have the submersible calculate the most efficient path forward.

The technology being developed by Billings, Camilli and others is similar to the kinds of cognition researchers are implementing in self-driving cars -- key in the destination and the car can navigate its way there, communicating with other cars and negotiating obstacles like stoplights, sharp turns and changes in the weather.

Scientists also aim to develop software that allows multiple underwater vehicles to communicate easily with both scientists and each other.

"We can eventually see having a network of cognitive ocean robots where there's a shared intelligence spanning an entire fleet, with each vehicle working cooperatively like bees in a hive," Camilli said. "It will go well beyond losing the joystick." 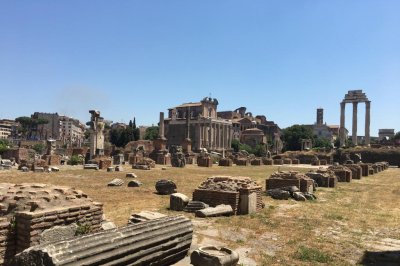