As corals like the cold water species Desmophyllum dianthus grow, their skeletons trap a variety of unique trace elements, like neodymium. These elements create a chemical fingerprint that can be used to study the ocean conditions in which they grew. Photo by Cairns S, Kitahara M/ZooKeys/Wikimedia Commons

Dec. 31 (UPI) -- Scientists knew the Antarctic Circumpolar Current, a cold current circling through the Southern Ocean, is driven by winds, but until now scientists weren't sure of its stability.

New analysis of fossil coral skeletons suggests the ocean current is especially sensitive to winds, and that changes in the current influence the exchange of CO2 between the Southern Ocean and the atmosphere.

"The Southern Ocean connects all the world's oceans," lead researcher Torben Struve, a geochemist at the the University of Oldenburg in Germany, said in a news release. "It's one of the few places on Earth where water from great depths comes to the surface and at the same time surface water sinks to the depths."

This overturning action helps distribute heat, nutrients, salt, oxygen and CO2 to the world's oceans, but until now, scientists weren't sure of this system's sensitivity to atmospheric changes.

To find out how the winds and the atmosphere influences the Antarctic Circumpolar Current, researchers analyzed fossil corals collected from the cold waters of Drake Passage.

As corals grow, their skeletons trap a variety of unique trace elements, like neodymium. These elements create a chemical fingerprint that can be used to study the ocean conditions in which they grew.

Neodymium patterns in the coral fossils from Drake Passage revealed an abrupt shift in ocean chemistry around 7,000 years ago. The change lasted roughly 1,000 years. The chemical fingerprints, detailed this week in the journal PNAS, showed CO2-rich water penetrated Drake Passage.

Previous studies have uncovered evidence that wind patterns in Antarctica have shifted periodically over the current interglacial period, the last 12,000 years, and authors of the latest study suggest a northward shift of the region's westerly winds helped drive the upwelling of CO2-rich water.

"This is important because when deep waters upwell to the surface of the Southern Ocean, some of the stored CO2 is able to escape to the atmosphere," said study co-author David Wilson, a scientist at Imperial College London.

Researchers aren't certain how today's global warming will impact the relationship between Southern Ocean currents and the atmosphere, but if the region's westerly wind pattern shifts southward, as some expect, an increase in upwelling could allow more CO2 to move from the ocean into the atmosphere.

Science News // 12 hours ago
Study: Hydras regenerate heads by changing way their genes are regulated
Dec. 8 (UPI) -- Researchers at the University of California, Irvine Wednesday revealed how Hydras, a group of small aquatic animals, can regenerate their own heads. 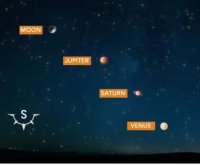 Science News // 16 hours ago
Moon to align with 3 planets on Friday evening
Jupiter, Saturn and Venus have lined up in the evening sky and will continue to be prominent features throughout most of December, but this week, the trio will get a visitor.

Science News // 17 hours ago
Japanese billionaire heads to space on first 'tourist' trip to ISS since 2009
Dec. 8 (UPI) -- Japanese billionaire Yusaku Maezawa ventured into space aboard a Russian Soyuz capsule on Wednesday, making his the first self-funded mission to the International Space Station in about a decade. 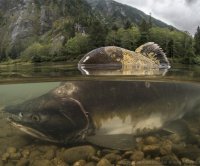