Greenland is losing seven times as much ice every year as it was two decades ago. Photo by NASA/John Sonntag | License Photo

Dec. 10 (UPI) -- Greenland is losing seven times as much as ice as it was during the 1990s, according to a new study published Tuesday in the journal Nature.

Dozens of scientists working on the Ice Sheet Mass Balance Inter-comparison Exercise, IMBIE, compiled data from 26 separate surveys to produce the most comprehensive picture of Greenland's ice loss to date.

The survey data, recorded by 11 different satellites, allowed researchers to track the ice sheet's changing volume, flow and gravity between 1992 and 2018.

Today's dramatic melt and ice loss rates are closer to the trajectories simulated by the most dire models used by the Intergovernmental Panel on Climate Change, IPCC, the United Nations' main climate science body.

While computer simulations can help scientists understand the range of future ice loss and sea level rise scenarios, satellite surveys are essential to understand how glaciers in Greenland and Antarctica are responding to rising sea and air temperatures caused by greenhouse gas emissions.

"The IMBIE Team's reconciled estimate of Greenland ice loss is timely for the IPCC. Their satellite observations show that both melting and ice discharge from Greenland have increased since observations started," Guðfinna Aðalgeirsdóttir, a professor of glaciology at the University of Iceland and lead author of the IPCC's sixth assessment report, said in a news release.

"The ice caps in Iceland had similar reduction in ice loss in the last two years of their record, but this last summer was very warm here and resulted in higher loss. I would expect a similar increase in Greenland mass loss for 2019," Aðalgeirsdóttir added.

If Greenland's ice losses continue to accelerate, millions more people will be subjected the effects of sea level rise.

"As a rule of thumb, for every centimeter rise in global sea level another six million people are exposed to coastal flooding around the planet," said Andrew Shepherd, a professor of Earth observation at the University of Leeds. "On current trends, Greenland ice melting will cause 100 million people to be flooded each year by the end of the century, so 400 million in total due to all sea level rise."

Science News // 21 hours ago
Researchers present battery-free pacemaker powered by the heart
Aug. 4 (UPI) -- Researchers in China have developed a battery-less cardiac pacemaker that runs on energy derived from the heart, they said during a presentation at AIP Publishing Horizons -- Energy Storage and Conversion. 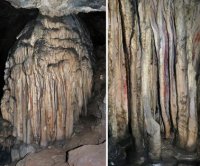 Science News // 5 days ago
Without genetic variation, asexual invasive species find other ways to adapt
July 30 (UPI) -- Invasive all-female weevils pass along epigenetic changes to their offspring, helping them adapt to new environs, according to a new study.
Advertisement