The Parker Solar Probe is currently circling the sun at a distance closer than any previous spacecraft. Photo by NASA/Johns Hopkins APL/Steve Gribben

Dec. 4 (UPI) -- Over the last year, NASA's Parker Solar Probe flew closer to the sun than any previous spacecraft. Now, scientists are beginning to make sense of the measurements captured by the probe's four instruments during its first three record-setting flybys.

According to the authors of the new studies, the observations and measurements recorded by the Parker Solar Probe are bringing scientists closer to solving some of the sun's greatest mysteries -- like explaining why the corona is a couple million degrees hotter than the sun's surface, where solar flares come from and what propels solar wind.

"Some of the data confirmed what we already thought, but some of it was totally unexpected," Nicola Fox, director of the Heliophysics Division in the Science Mission Directorate at NASA Headquarters, said during a press conference announcing the latest findings.

The FIELDS instrument was one of several that gained new insights into the origins of solar winds.

"Two of the main goals of the FIELDS instrument are to understand the sources and structures of the solar wind up close, right as it leaves the sun," said Stuart Bale, professor at the University of California, Berkeley, and lead scientist for Parker Solar Probe's FIELDS instrument suite. "And I think we've made pretty good progress so far."

Like most solar phenomena, solar wind is hard to make sense of from the vantages of Earth's orbit. Things get jumbled and entangled by the time waves and particles reach Earth, making it hard for scientists to understand what exactly is going on.

But as the Parker Solar Probe got closer to the sun, the FIELDS instrument was able to make out some of the basic structures of solar wind and trace the phenomena to its source. The instrument studied solar wind by measuring changes in the electric and magnetic fields surrounding the spacecraft, as well as observing waves in the nearby plasma.

"We see very clearly that the solar wind is relatively slow, highly magnetized and emerging from small coronal holes in the sun," Bale said.

The instrument showed that Alfvén waves get stronger the closer one gets to the sun. Alfvén waves are low-frequency oscillations of ions that travel through the plasma along magnetic field lines. Scientists suspect these waves help propel solar wind and account for some of the turbulence that disrupts satellite communications in low Earth orbit.

"We measured these discrete powerful waves that traveled over spacecraft, almost like rogue waves in the ocean," said Justin Kasper, principal investigator of the SWEAP instrument and a professor at the University of Michigan. "These rogue waves are so strong they actually momentarily flipped the direction of the magnetic field."

Because the waves flipped the local magnetic field, scientists dubbed them "switchbacks."

Kasper and his research partners suspect these powerful waves facilitate the transfer of energy from the sun's surface into its atmosphere.

"We can now go look at the surface of the sun and figure out what is launching these waves," he said.

Scientists are also keen on understanding the distribution of dust near the sun, and the spacecraft's WISPR instrument -- short for Wide-field Imager for Solar Probe -- is doing just that. The early observations by the imaging instrument showed dust begins to thin around 7 million miles from the sun, and gets sparser and sparser the closer one gets.

"This dust-free zone was predicted decades ago, but has never been seen before," said Russ Howard, principal investigator for the WISPR suite at the Naval Research Laboratory in Washington, D.C. "We are now seeing what's happening to the dust near the sun."

All of the solar phenomena that scientists are interested in are made up of high-energy particles. Some solar particles reach energies as great as hundreds of millions electron volts.

The Integrated Science Investigation of the Sun suite, or ISʘIS, is designed to investigate the origins of these high-energy particles.

During the first three flybys, the ISʘIS instrument observed a plethora of surprisingly small energetic particle events -- events that have dissipated beyond recognition by the time they reach Earth. The initial observations suggest the sun hosts a wide variety of solar phenomena -- ranging in size and scale from miniature to massive.

"Observing a wide spectrum of small events is one of the most important discoveries made by Parker solar probe so far," McComas said. "It's a lot easier to get these particles to high energies if you start at lower and medium level energies and work upwards."

All of the scientists involved on the Parker Solar Probe mission said the early findings are just the beginning. The data detailed in the Nature papers represents just three of the probe's planned 24 flybys. While the first three flybys took the probe within 23 million miles of the sun, future passes will bring the spacecraft within 4 million miles of the sun.

"Going forward, as Parker gets even closer to the sun, we'll uncover more answers to these mysteries and make even greater discoveries," McComas said. 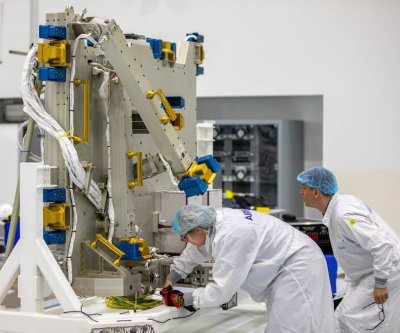