Excess sediment washes into waterways near industrial farms. New research suggests sediment accumulation is a serious threat to the health of macroinvertebrates. Photo by Rubén Ladrera/University of La Rioja

Nov. 13 (UPI) -- Numerous studies have been dedicated to quantifying the environmental consequences of fertilizer runoff, but new research suggests sediment accumulation caused by industrial agriculture is a greater threat to insects, crustaceans and other water macroinvertebrates.

Elevated nitrogen and phosphorous levels in freshwater and marine ecoystems are responsible for a variety of problems -- most notably, oxygen-depleting, toxin-producing algal blooms -- but the latest findings suggest excess sediment is fundamentally altering the fluvial habitats that underpin freshwater biodiversity.

For the study, researchers in Spain surveyed the health of macroinvertebrate populations in a variety of water courses, or different types of freshwater environs.

"The ecological features of these communities of macroinvertebrates -- that is, what they eat, the substrates they choose, how long they take to reproduce, etc. -- are a trustworthy indicator for the ecological state and allow us to determine the quality of the water habitat indirectly," researcher Miguel Cañedo-Argüelles, an expert in freshwater ecology and hydrology, said in a news release.

The survey of macroinvertebrate populations showed ecosystems are being degraded in areas affected by nitrate runoff, but careful analysis revealed the accumulation of sediments -- the result of intensive farming and forest clearing -- as the primary culprit.

"The poor ecological state would not solely result from nitrate toxicity but from the water habitat damages due to the accumulation of sediments in the river caused by the effect of deforestation and agricultural practices," Cañedo-Argüelles said.

According to the study, published this week in the journal PLOS One, it is the physical alteration of the environment via sediment accumulation that is most ecologically harmful.

Authors of the new study hope their findings will encourage policy makers to adjust environmental regulations accordingly. Most environmental monitoring guidelines focus on appropriate nitrate and phosphorous levels, but according to Cañedo-Argüelles, efforts to diminish sediment runoff are just as important for "the preservation of these habitats and natural hydro-morphological traits of rivers."

Science News // 4 hours ago
New technology turns trash into graphene
Jan. 28 (UPI) -- Food waste and plastic garbage can now be converted into graphene, thanks to a new processing technique developed by chemical engineers at Rice University. 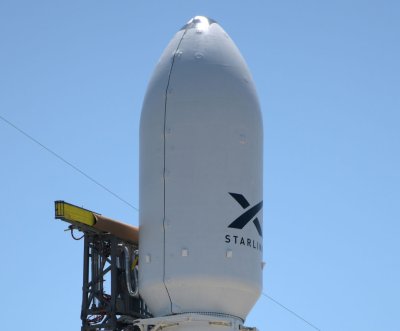