Researchers say that when magma is rapidly expelled from a volcano, cools rapidly, starting a process that can lead to more highly explosive eruptions. Photo by skeeze/Pixabay

Oct. 22 (UPI) -- Most volcanic eruptions are of the basaltic variety. The eruptions are typically rather tame. Every once in a while, however, the same types of eruptions turn violent and explosive.

New research suggests rapid magma crystallization is responsible for the dark side of basaltic eruptions.

Hazardous basaltic eruptions are known as Plinian eruptions, named for Pliny the Elder, the Ancient Roman writer who first described the damage caused by the eruption of Mount Vesuvius in AD 79.

To better understand why these mostly gentle eruptions turn deadly, scientists conducted a combination of in situ and ex situ experiments -- both in the field and in the lab. They also ran numerical models and analyzed basaltic magma samples from the highly explosive 1886 Tarawera eruption in New Zealand.

RELATED Volcanologists: Magma is wetter than we thought

When magma is rapidly expelled from a volcano, it cools rapidly and triggers crystallization. Their analysis showed this process increases the magma's viscosity and causes rapid fragmentation, enhancing the magma's explosiveness.

"We found that, under certain conditions consistent with highly explosive eruptions, crystallization can occur within a couple of minutes during magma ascent," Fabio Arzilli, researcher at the University of Manchester in England, said in a news release.

Previously, scientists argued the process of magma crystallization was too slow to account for explosive basaltic eruptions, but the latest research -- published this week in the journal Nature Geoscience -- showed that under right temperatures and chemical conditions, the process can occur surprisingly fast.

"Our results imply that all basaltic systems on Earth have the potential to produce powerful explosive eruptions," Arzilli said. "This has important implications for the volcanic hazard and risk, on not only the regional, but also the global scale." 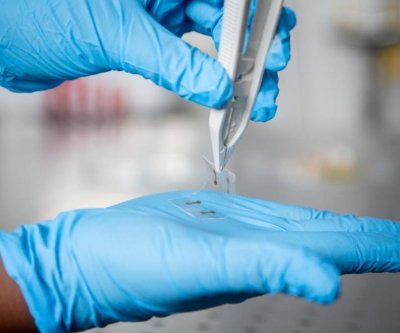 Science News // 3 days ago
Geologists figure out what fuels 'slowquakes'
Jan. 24 (UPI) -- Researchers have identified the origins of slow earthquakes, or slowquakes, a unique type of earthquake discovered just 20 years ago.