Oct. 10 (UPI) -- Researchers in Germany have unearthed archaeological evidence of social inequality, including the possible usage of servants and slaves, in Bronze Age households.

The evidence, recovered from a series of burials sites on homestead farms in southern Germany, was described this week in the journal Science.

"In southern Germany, 4,000 years ago, several generations of high-ranking families were buried in cemeteries on their farmsteads, with husbands alongside wives, sons, children who died young, and poor, unrelated helpers," scientists wrote in their paper.

Researchers knew that social inequality had emerged by the early Bronze Age, as evidenced by previously excavated elaborate burials -- proof of a revered warrior class. But the latest findings speak to a more relatable kind of inequality, a kind confined to a single household.

The latest excavations revealed another peculiar feature of Bronze Age society. Scientists found one family member was absent from the homestead burials, the adult daughters. Researchers also determined that many of the well-to-do women were reared far from the Lech River Valley, where they were buried.

Scientists were able to use archaeological and genetic analysis to show that women left the farm when they were adults, and that the mothers of the sons found buried in the grave sites all came from elsewhere.

"Archeogenetics provides us with a completely new view of the past. Until recently, we would not have thought it possible to examine marriage rules, social structure and social inequality in prehistory," Johannes Krause, director of the department of archaeogenetics at the Max Planck Institute for Human History, said in a news release.

RELATED Ox-drawn plows to blame for increased inequality in Eurasia beginning in 4,000 BC

Researchers estimate that women who moved far away to marry and raise families in distant towns likely aided the exchange of information and cultural practices between different Bronze Age communities.

The new findings also showed that Bronze Age families had established practices of inheritance by at least 4,000 years ago.

"Wealth was correlated with either biological kinship or foreign origin," said Philipp Stockhammer, professor of prehistoric archaeology at Ludwig Maximilian University of Munich. "The nuclear family passed on their property and status over generations. But at every farm we also found poorly equipped people of local origin."

Scientists have previously detailed evidence of household inequality in classical Rome and Greece, but the people of the Lech River Valley predate Roman civilization by 1,500 years.

"This shows how long the history of social inequality in family structures goes back in time," Stockhammer said.

Science News // 17 hours ago
SpaceX test Saturday could be final one before firm carries people
ORLANDO, Fla., Jan. 17 (UPI) -- SpaceX plans a final test launch of its Crew Dragon capsule in Florida on Saturday to prove it can carry astronauts to safety in an emergency -- a fiery demonstration that will destroy a Falcon 9 rocket. 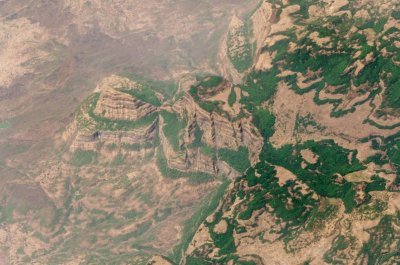