The collage of photos shows several of the fossilized animal droppings found in the Denisova Cave in Siberia. Photo by Mike Morley/Flinders University

Sept. 26 (UPI) -- Scientists are gaining new insights into the day-to-day existence of early human groups, including Neanderthals and Denisovans, thanks to analysis of dirt and dust on the floor of a cave complex in Siberia.

Researchers from Russia and Australia deployed modern geoarchaeological techniques to study tiny fragments of bones and fossilized animal droppings, as well as bits of charcoal from ancient fires.

The data -- detailed this week in the journal Scientific Reports -- showed the Denisova Cave complex in Siberia's Altai Mountains was frequented, over the course of thousands of years, by hyena, wolves and even bears, as well as Denisovans, Neanderthals and early Homo sapiens.

"These hominin groups and large carnivores such as hyenas and wolves left a wealth of microscopic traces that illuminate the use of the cave over the last three glacial-interglacial cycles," Mike Morley, the study's lead author and a researcher at Flinders University in Australia, said in a news release. "Our results complement previous work by some of our colleagues at the site that has identified ancient DNA in the same dirt, belonging to Neanderthals and a previously unknown human group, the Denisovans, as well as a wide range of other animals."

RELATED Scientists use DNA methylation to determine what Denisovans looked like

Most studies of prehistoric life rely on ancient DNA and visible artifacts, such as stone tools or animal and plant remains. But the latest findings offer proof that new insights can be gleaned from sifting through sediment.

"Using microscopic analyses, our latest study shows sporadic hominin visits, illustrated by traces of the use of fire such as minuscule fragments, but with continuous use of the site by cave-dwelling carnivores such as hyenas and wolves," said Richard Roberts, a professor at University of Wollongong in Australia.

The abundance of animal droppings suggests the region's large carnivores, species that have since gone extinct, dominated the cave. It's unlikely nomadic hominin groups would have shared the cave with animals. The findings suggest Neanderthals, Denisovans and early humans only visited periodically and stayed for brief periods of time.

The Denisova Cave complex is famous for yielding fossil evidence of a mysterious group of early hominins known as Denisovans.

The group interbred with Neanderthals and early humans, and genomic analysis suggests they are responsible for between three and five percent of the DNA of Melanesians and Aboriginal Australians. The people of Papua New Guinea derive as much as six percent of their DNA from Denisovans. 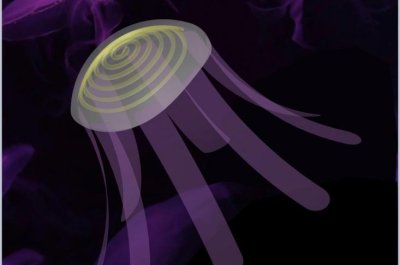