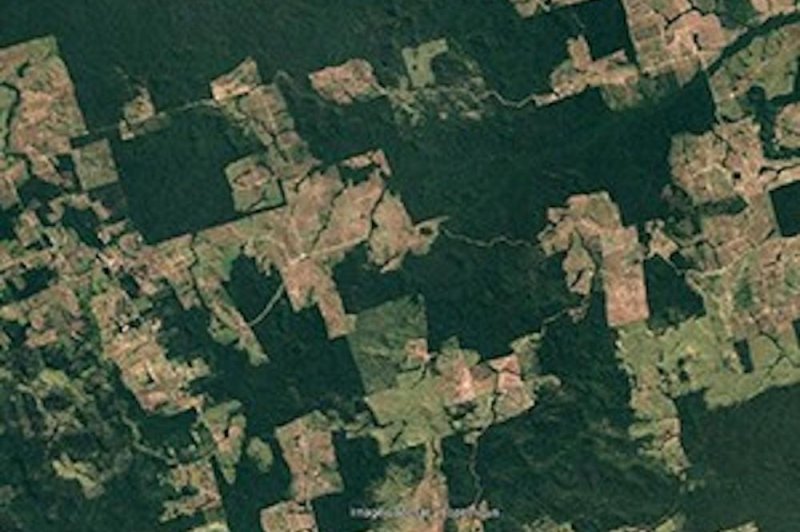 Scientists produced improved estimates for annual forest gains and loses in the Brazilian Amazon over the last two decades. Photo by University of Oklahoma

July 29 (UPI) -- An international team of scientists, led by researchers at the University of Oklahoma, used satellite photos and advanced algorithms to more accurately characterize annual forest gains and losses in the Brazilian Amazon over the last two decades.

The Brazilian Amazon is home to the largest rain forest in the world, but every year it gets a little bit smaller. Over the last few years, it has been shrinking at an accelerating rate as trees are cleared for development and farms.

"Monitoring, verification and reporting of tropical forest dynamics in the Brazilian Amazon have been a critical but challenging task for the research community and society-at-large. Available maps of tropical forest cover in the region have large uncertainty," Xiangming Xiao, plant biologist and a research professor at the University of Oklahoma, said in a news release. "In 2015, we assembled an international team from the United States, Brazil and China to tackle the challenging problem."

Researchers used a combination of optical and microwave images collected by Earth-monitoring satellites, as well as a series of advanced algorithms, to more accurately characterize the forest losses and gains in the region over the last two decades.

Scientists successfully produced annual forest health maps for the years 2000 through 2017. The data -- published Monday in the journal Nature Sustainability -- suggests Brazil's Amazonian rain forest is as much as 15 percent bigger than previous estimates. Unfortunately, the forest has been losing acreage at an accelerated pace since 2013.

The new research blames the forest loses on land uses changes. Between 2013 and 2015, a significant El Nino pattern in the Pacific made things worse.