The graph of the spatial distribution of the polarization of light sent through a 2D crystal resembled the multi-colored marine rapana, a large marine predatory snail. Photo by Nils Lundt, et al./Nature Nanotechnology

July 23 (UPI) -- Physicists in Europe have managed send light through a two-dimensional crystal layer, a breakthrough that provides a semiconducting platform for quantum computing.

In modern computers -- in laptops or smartphones -- the storage and movement of information is carried out by flowing electrons. The flow of electrons is controlled by small semiconductor devices called transistors.

If electrons were replaced by photons, the movement of information inside a computer could happen at the speed of light. This is the idea behind quantum computing.

Scientists have repeatedly demonstrated the potential of quantum technology -- teleporting and storing bits of information using light -- but only at small scales. No quantum computer yet exists.

One of the problems is that researchers haven't been able to develop a practical and effective platform for moving photons around. Scientists have previously tested a variety of solutions with middling results: superconducting circuits, cold atoms, ions, defects in diamonds.

Now, scientists have new a platform. In a series of lab tests, researchers in Germany, Russia and France successfully propagated light through two-dimensional crystals. For the tests, researchers used a one-atom-thick layer of molybdenum diselenide, MoSe2 -- the world's thinnest crystal semiconductor.

The results -- detailed this week in the journal Nature Nanotechnology -- showed the polarization, or spin direction of the beam of photons, depended on the direction the light traveling through the crystal layer.

When researchers graphed the spatial distribution of the light's polarization, they found the pattern resembled a multi-colored marine rapana, a large marine snail.

"I foresee that in the near future, two-dimensional monoatomic crystals will be used to transfer information in quantum devices," Alexey Kavokin, professor at St. Petersburg University in Russia, said in a news release. "What classic computers and supercomputers take a very long time to do, a quantum computing device will do very quickly."

Researchers warn that as quantum computing moves closer to becoming a reality, scientists must develop ways to enhance security.

"It will be possible, for example, to hack banking protection systems very quickly," Kavokin said. "That is why today intensive work is under way, including the creation of means of protecting quantum devices: quantum cryptography. And our work contributes to semiconductor quantum technologies."

Science News // 8 hours ago
Scientists discover fossil of massive flying 'Dragon of Death'
May 24 (UPI) -- Scientists have uncovered the remains of one of the largest pterosaurs on record, in Argentina, according to a study published Tuesday in the journal Cretaceous Research. 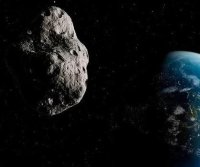 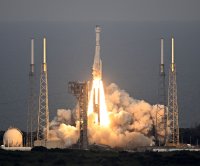