July 16 (UPI) -- Corals are disappearing across the world's oceans, and most scientists have pointed to warming water temperatures -- the result of climate change -- as the primary driver. But new research suggests nitrogen pollution is the main cause of coral bleaching in Florida.

The study, published this week in the journal Marine Biology, was compiled using three-decades worth of observational data collected at the Looe Key Reef in the lower Florida Keys.

Data collected at the test site showed nutrient runoff has boosted the nitrogen-phosphorus ratio in reef algae. As more and more treated sewage and fertilizers from commercial farms rinse into local waterways and flood the oceans with nutrients, including reactive nitrogen, corals are unable to absorb sufficient levels of phosphorous.

According to the new research, phosphorous-starvation lowers the temperature threshold for coral bleaching and increases the chances of coral disease and mortality among reefs.

The symbiotic relationship between coral polyps and the microalgae that provide them food evolved in a low-nutrient environment. Human-caused nutrient loading is disrupting a balance achieved over millions of years.

In addition to measuring the levels of nutrients in macroalgae, or seaweed, among Looe Key reefs, scientists also monitored changes in temperature and salinity. To better understand how nitrogen makes its way to the lower Florida Keys, researchers analyzed nutrient gradients between the Everglades and Looe Key.

In 1984, coral cover in the Looe Key Sanctuary Preservation Area was estimated at 33 percent. By 2008, it was just 6 percent. Today, it's less than 4 percent. The Florida Keys National Marine Sanctuary has the lowest coral cover of anywhere in the Caribbean.

Scientists found periods of accelerated coral decline followed heavy periods of rainfall and water releases from the Everglades. The correlation highlighted the negative impacts of nutrient loading on coral health.

The new research doesn't discount the negative impacts of global warming on coral health. Coral bleaching has occurred in several remote reefs mostly unaffected by land-based nutrient runoff. But the findings are a reminder that coral face a diversity of threats.

"Citing climate change as the exclusive cause of coral reef demise worldwide misses the critical point that water quality plays a role, too," said study co-author James W. Porter, emeritus professor of ecology at the University of Georgia. "While there is little that communities living near coral reefs can do to stop global warming, there is a lot they can do to reduce nitrogen runoff. Our study shows that the fight to preserve coral reefs requires local, not just global, action."

Science News // 1 hour ago
Bumblebees can recognize objects across different senses
Feb. 21 (UPI) -- According to a new study, published Friday in the journal Science, bumblebees can learn about an object using one sense and recognize it later using another.

Science News // 4 hours ago
Earliest evidence of hominin interbreeding revealed by DNA analysis
Feb. 21 (UPI) -- According to a new study, hominin populations were interbreeding at least 700,000 years ago. 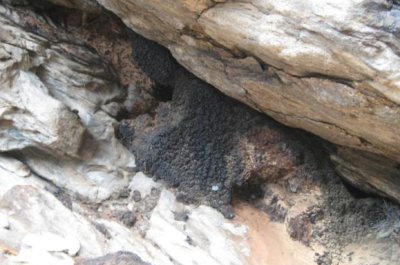