Ants living in the Australian desert are ready for 'insect Armageddon'

July 16 (UPI) -- For 22 years, scientists studied ant populations in the Simpson Desert in northern Australia. Their findings suggest the ant species in the region are surprisingly resilient, capable of thriving amidst variable conditions -- and well prepared, perhaps, for the chance of an insect Armageddon.

The term "insect Armageddon" was popularized in the wake of a study conducted in Germany. The study found the biomass of flying insects in German nature preserves declined by 75 percent over the course of 25 years.

What the study means for the fate of insects more broadly remains a matter of debate, but plenty of research suggests pollinators like bees, butterflies, dragonflies, damselflies, moths and more aren't doing so great.

An insect Armageddon would be bad news for humans and a variety of ecosystems, but research suggests some insects are surprisingly immune to dramatic ecological changes, including the desert ants of Australia.

RELATED Some fire ant colonies are ruled by multiple queens

Over the course of the 22-year study, a period that included wild swings in precipitation totals and increasing temperatures, as well as human efforts to restore local ecosystems, ant diversity increased considerably.

Annual rainfall totals ranged from 79 to 570 millimeters, and heat waves became more common and extreme. But the ants thrived.

"While this unpredictability in rainfall is expected in hot climates, this is the first time we've been able to understand how insects respond to such large inconsistencies in their environment," Heloise Gibb, a professor of insect ecology at La Trobe University in Australia, said in a news release. "For many species, this unpredictability -- exacerbated by climate change -- would equate to increasingly difficult conditions for their survival."

"What we've found, however, in contrast to warnings of a long-term decline in insects, is that species that already like it hot may do better where it also becomes wetter," Gibb said.

Researchers found a group of sugar-eating ants called tyrant ants benefited most from the increase in desert rainfall.

The ants are able to adjust their activity patterns based on climate conditions. When conditions aren't optimal, the ants spend more times underground. When the rains come, the ants surface in droves.

While other types of ants didn't experience the same post-rain population booms, their numbers did increase over the course of the study. Researchers published their survey of ant population this week in the Journal of Animal Ecology.

The already healthy ant populations also benefited from a change in land management. Halfway through the study, a conservation agency procured the property and took steps to restore the ecosystem's health, phasing out cattle grazing.

"While it's difficult to explicitly link this management change with ant responses, we believe this change was also critical in driving ecosystem change that eventually improved conditions for ants, allowing them to boom in response to extreme rainfall events," Gibb said.

"Active conservation efforts, funded by the public, can have very positive effects on biodiversity," Gibb said. "It's important that future research identifies the best approach and locations for these efforts to take place if we want to ensure the continued persistence of the vast diversity of life that this planet currently supports." 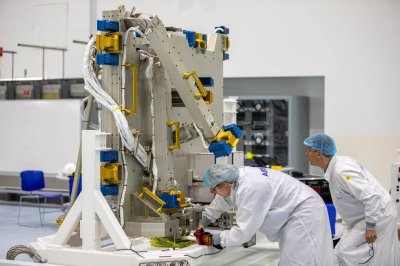