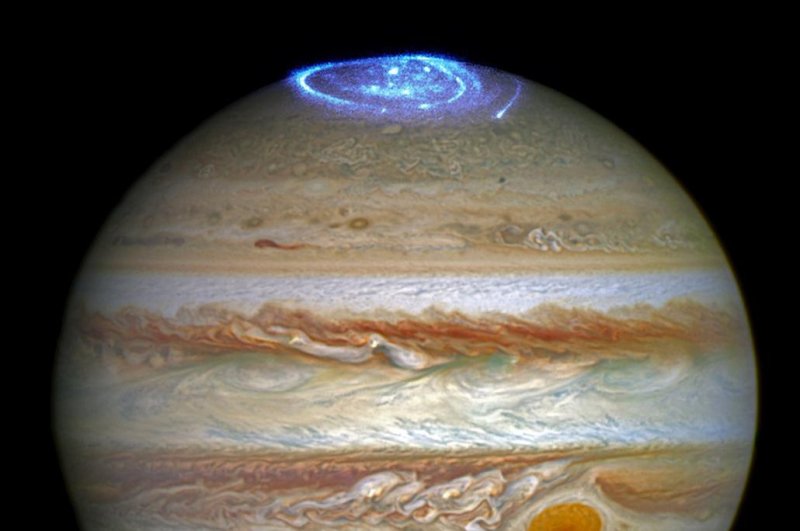 Jupiter's polar auroras are the brightest in the solar system. Photo by NASA/ESA/J. Nichols/University of Leicester

Like Earth's auroras, Jupiter's light shows are centered around its poles. The auroras are fueled by a system of electric currents running through the gas giant's magnetosphere.

When gas particles in Jupiter's upper atmosphere are excited by charged particles produced by the interactions between solar winds and the planet's magnetosphere, a brilliant, swirling glow is produced.

"These observations, combined with other Juno spacecraft measurements, show that alternating currents play a much greater role in generating Jupiter's aurora than the direct current system," Saur said.

The latest research has revealed new ways in which Jupiter's auroras differ from those on Earth.

Mercury, Jupiter to appear side by side in weekend sky