Demand for agricultural products pushing primates to brink of extinction

Growing demands for agricultural products and other natural resources are to blame for most of the deforestation in the tropics. New research suggests habitat losses threaten the majority of primate species. Photo courtesy of Pxhere

June 17 (UPI) -- Growing global demands for food and agricultural commodities are driving deforestation across the neotropics -- in Africa, as well as south and southeast Asia.

New research suggests deforestation fueled by market demands is a threat to primates, as well as ecological health across the developing world. Some 60 percent of primate species face the threat of extinction, and approximately 75 percent of primate populations are in decline.

While commodity exportation may provide some short-term economic benefits, authors of the new research -- published this week in the journal PeerJ -- argue that the profits don't outweigh the long-term environmental costs.

According to the new paper, deforestation and habitat fragmentation lead to biodiversity losses, increased food insecurity and the spread of emerging diseases.

As the economy has become increasingly globalized, the demand in high-income nations for agricultural products and other natural resources has put pressure on the forests of the neotropics. Between 2001 and 2015, nearly 400 million acres of forest were cleared as a result of human activities. At least half of the deforestation was fueled by commodity demands.

The demands for agricultural products and other natural resources isn't expected to dissipate anytime soon. In fact, it is expected to double by 2050.

Authors of the new study suggest more must be done to limit demand via lifestyle changes, like using less oil seed and eating less meat. Researchers also suggest governments and international policy makers must do more to limit the ecological costs of commodity demands.

"Growing global consumer demands for food and non-food commodities from primate range regions are placing primate populations at risk of extinction," researchers wrote. "These increasing demands have resulted in an accelerated global expansion of agriculture and of extractive industries and in the growth of infrastructure to support these activities leading to widespread primate habitat loss and degradation."

If action isn't taken, the world's primates could disappear.

"Primates and their habitats are a vital component of the world's natural heritage and culture and as our closest living biological relatives, nonhuman primates deserve our full attention, concern, and support for their conservation and survivorship," scientists wrote. 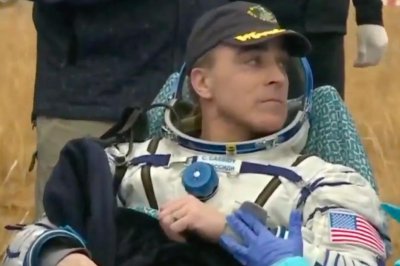