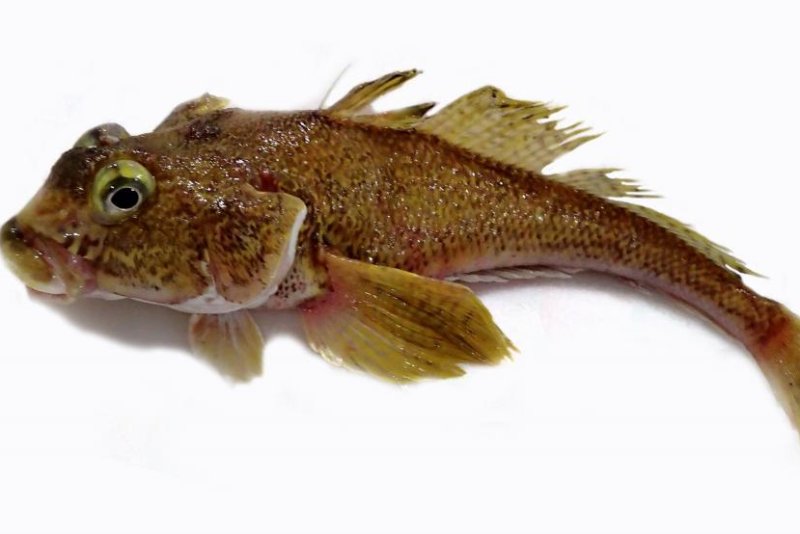 Members of the notothenioid fish family, including Gobionotothen gibberifrons, have been experimenting with different bone densities for millions of years. Photo by A. Dornburg

June 11 (UPI) -- Life in Antarctica requires a surprising level of genetic adaptability, according to a new study.

When scientists mapped the genome of a group of Antarctic fishes called notothenioids, they found a long history of genetic change, including adaptations mirroring the development of human bone diseases like osteoporosis.

"Many species have evolved traits that are adaptive in their environment but are similar to disease states in humans," Jake Daane, researcher at Northeastern University, said in a news release. "We use this natural variation to better understand genetic mechanisms of disease."

Originally, scientists thought the evolution of the notothenioid genome would reflect the adaptive changes necessitated by the cooling of Antarctica's Southern Ocean, which began 35 million years ago. But the new analysis -- detailed this week in the journal Nature Ecology and Evolution -- showed the fishes' genomic dynamism boasts much deeper roots.

According to the new study, life in Antarctica required tremendous levels of genetic adaption long before the Southern Ocean began cooling. Scientists identified an uptick in the mutation rate among notothenioids, prior to the Southern Ocean's temperature plunge. As the evolutionary experimentation ramped up, the fish experienced a severe reduction in bone mineral density.

"Antarctic notothenioids don't have swim bladders to adjust their buoyancy in the water column," said Northeastern scientist Bill Detrich. "Rather, they use reductions in bone density to help them 'float' in the water column at low energetic cost. What is a genetic disease state in us is a means of survival in these fishes."

To better understand these unique genetic adaptations, scientists modified zebrafish embryos to develop the same genetic mutations as Antarctic notothenioids. As the zebrafish matured, they also experienced a loss in bone density.

In future studies, notothenioids and other Antarctic fish -- as well as fish engineered to mimic notothenioids -- could serve as an ideal model for human disease.

"Antarctic fishes also have evolved other apparently pathological conditions, including the loss of kidney glomeruli and red blood cells," said Matthew Harris, researcher at Boston Children's Hospital and Harvard Medical School. "These biomedically-relevant processes can be studied to reveal the genetic mechanisms behind these 'disease' states and their accommodation in these fishes. The results should lead to deeper understanding of how we might treat comparable disorders in humans."